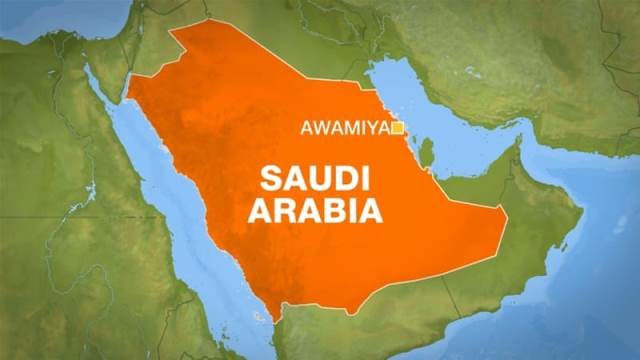 Hundreds of people have fled a town in Qatif governorate in eastern Saudi Arabia, where government forces are fighting Shia Muslim gunmen, activists and Saudi media reported on Tuesday.

Fighting has intensified in recent days in Awamiya where authorities have been trying since May to tear down the old quarter to prevent fighters using the narrow streets to evade capture.

Local activists said Saudi forces have facilitated the departure of people fleeing the clashes that have killed at least seven people, including two police officers. Dozens of families have been given temporary accommodation in a nearby town.

Appeals for shelter for displaced families have appeared on social media and several people responded by opening their homes, while others offered to pay for temporary housing outside Awamiya.

The government of Eastern Province has received requests from residents and farmers around Awamiya to help them flee clashes between security forces and what it calls armed “terrorists”, al-Hayat newspaper reported.

“Contracts have been signed for a number of furnished apartments in the city of Dammam to shelter those interested in leaving neighbourhoods near al-Musawara,” al-Hayat quoted Falah al-Khalidi, governor of Qatif, as saying.

Local activists accuse security forces of driving hundreds of residents out of Awamiya by firing randomly towards homes and cars as they confront armed men in the area, charges Saudi Arabia denies. They said several houses and shops have been burned or damaged by the fighting.

Residents also say life has become unbearable due to frequent power and water cuts as temperatures soar over 40 degrees Celsius, according to Mirat al-Jazeera, a news website that often reflects Shia Muslim views.

Authorities have urged displaced residents to report to the governorate headquarters to apply for “temporary residence” or to get compensation for houses they had abandoned, state TV reported.

The area, in oil-producing Eastern Province, where many of the country’s Shia Muslim minority live, has seen unrest and occasional armed attacks on security forces since the 2011 “Arab Spring” protests.

Residents complain of unfair treatment by the Sunni-led government, something Riyadh denies.