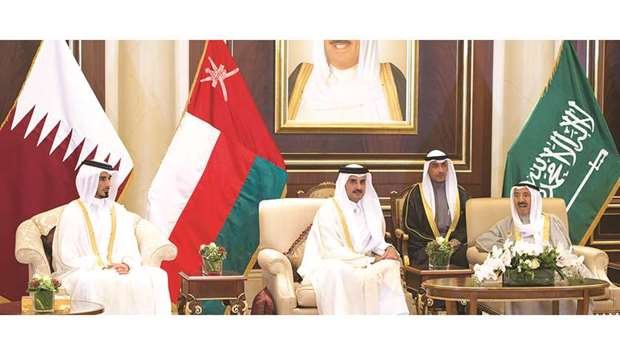 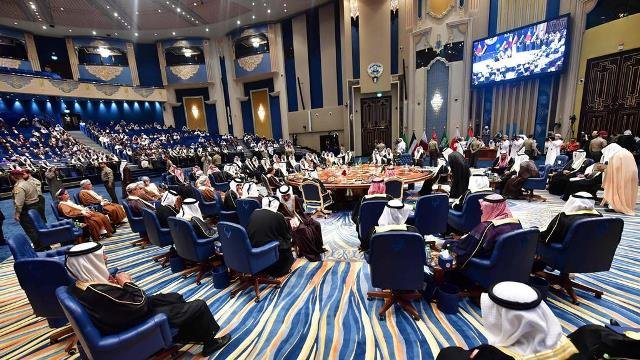 The Kuwait Declaration stressed the crucial role of the Gulf Co-operation Council (GCC) in maintaining security and stability in the region, combating terrorist organisations and extremist ideology in defence of Arab values and the principles of the Islamic religion based on moderation and tolerance.

The declaration read by Dr.  Abdullatif bin Rashid al-Zayani, Secretary-General, GCC at the end of the 38th summit of the GCC states in Kuwait yesterday,  stressed the need to recognise the challenges that threaten the security and stability of the region and the importance of adhering to the GCC process, enhancing collective action and mobilising common energies to face all challenges and fortifying the GCC countries against its repercussions, in order to meet the aspirations of GCC citizens.

GCC leaders stressed the need to continue their work to achieve economic integration among GCC countries and the comprehensive application of the provisions of the economic agreement and to overcome the obstacles blocking the way of the common Gulf market and to complete the requirements of the customs union in order to reach economic unity by 2025 according to specific practical programs.

The Declaration pointed out that the vision of the Custodian of the Two Holy Mosques, approved by the Supreme Council in December 2015, laid the foundations for completing the integration system among GCC countries in all fields, while the Economic and Development Affairs Department marked the objectives and programs of the vision in May 2016, which requires work to achieve that vision in accordance with the operational programs already approved.

The Declaration pointed out that yesterday’s events confirm the correct view of GCC leaders in establishing this Gulf edifice in May 1981, which stipulated that its supreme objective is to achieve co-ordination, complementarity and interdependence among its members in all fields to reach unity and deepen and strengthen ties in all fields.
The Declaration stressed that GCC has taken important steps since its establishment 36 years ago towards achieving this goal.

It is continuing its efforts to enhance the common Gulf action and complete the steps, programs and projects of economic, social, political, security and military integration among GCC States through full implementation of the plans approved by the Supreme Council and the vision of its members in order to deepen the full Gulf citizenship.

The Declaration called on writers, the media and thinkers to play a constructive and effective role to support and strengthen the GCC process to achieve the common interests of its countries and peoples and to submit constructive proposals for the completion of the plans and projects adopted during the Gulf joint action.

38th summit of the six-nation Gulf Cooperation Council countries was cut short and concluded  on Tuesday instead of Wednesday.