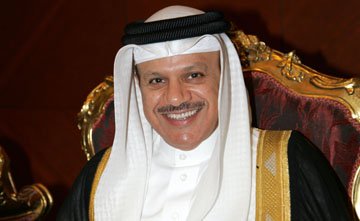 In his opening speech on the occasion of 144th Foreign Ministers meeting, held this morning ahead of the 38th GCC Summit on December 5-6, Al-Zayani thanked the Kuwaiti leadership for hosting the grand event which hopefully continues the success story of the council.

Meanwhile, the GCC Secretary General congratulated First Deputy Prime Minister and Minister of Foreign Affairs Sheikh Sabah Al-Khaled for hosting the ministerial meeting, indicating that it will be one the main reasons for the success of the summit.

The GCC Secretary General thanked the council’s top consultative authorities and the Secretariat for contributing to the ministerial meeting, saying that the GCC leaders will look into decisions which will come in favor of the development of the Gulf countries.

The GCC Summit is very crucial under the current circumstances, said Al-Zayani who affirmed that Gulf leaders were up to the task at hand.

Reuters reports that Qatar’s foreign minister met his Gulf Arab counterparts on Monday ahead of an annual summit in Kuwait, one of the highest official encounters since some of them cut diplomatic, trade and travel links with Doha six months ago.

The rift revolves around allegations by Saudi Arabia, the United Arab Emirates, Bahrain and Egypt that Qatar supports terrorism and is too close to Iran. Doha denies the charges and says the four countries are trying to force it to fall in line with their own foreign policy.

Sheikh Mohammed sat around a large wooden table in Bayan Palace with representatives from Saudi Arabia, the UAE, Kuwait, Oman and Bahrain to make preparations for the top-level summit.

Kuwait and the United States have tried unsuccessfully to mediate the dispute in recent months.