Gaza: Over 1,000 Palestinians Injured in Daylong Clashes with Israeli Soldiers 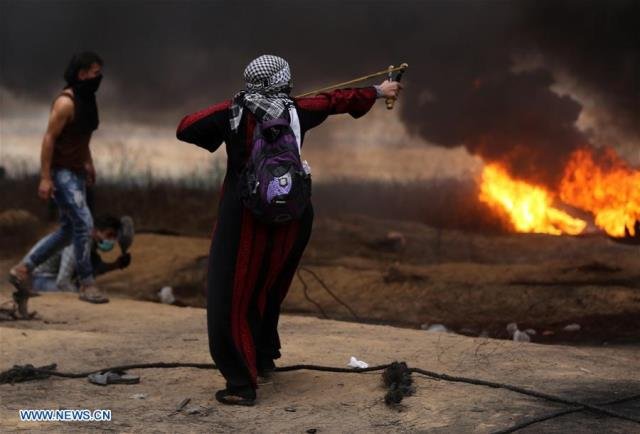 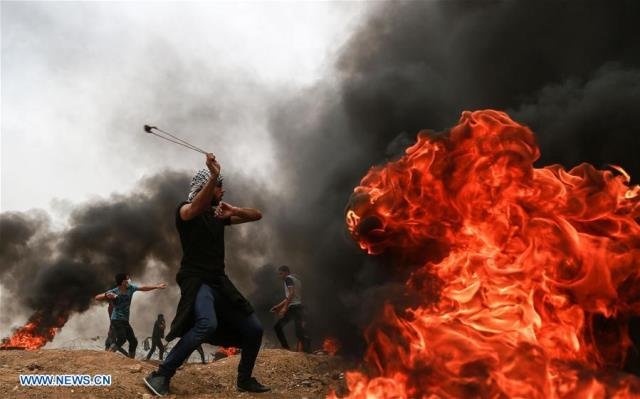 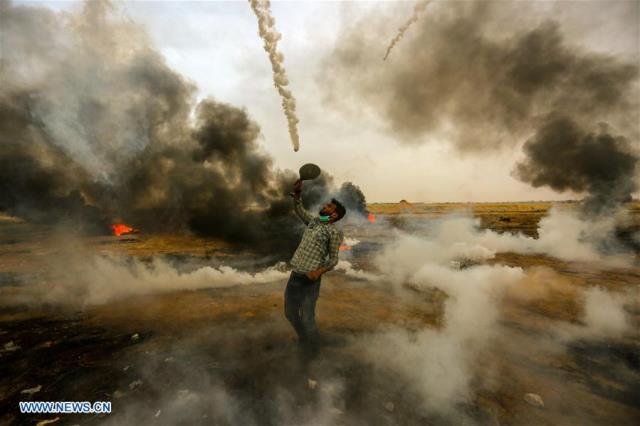 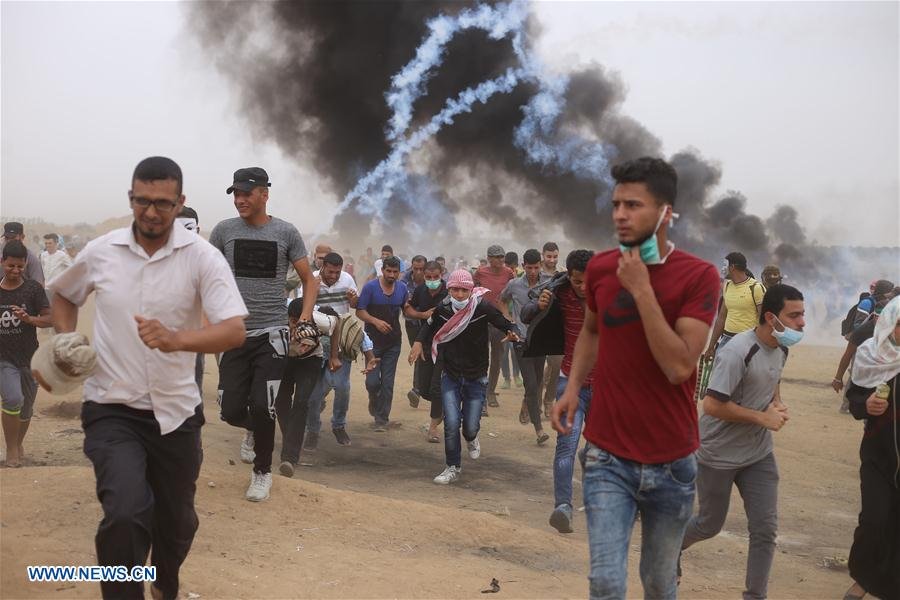 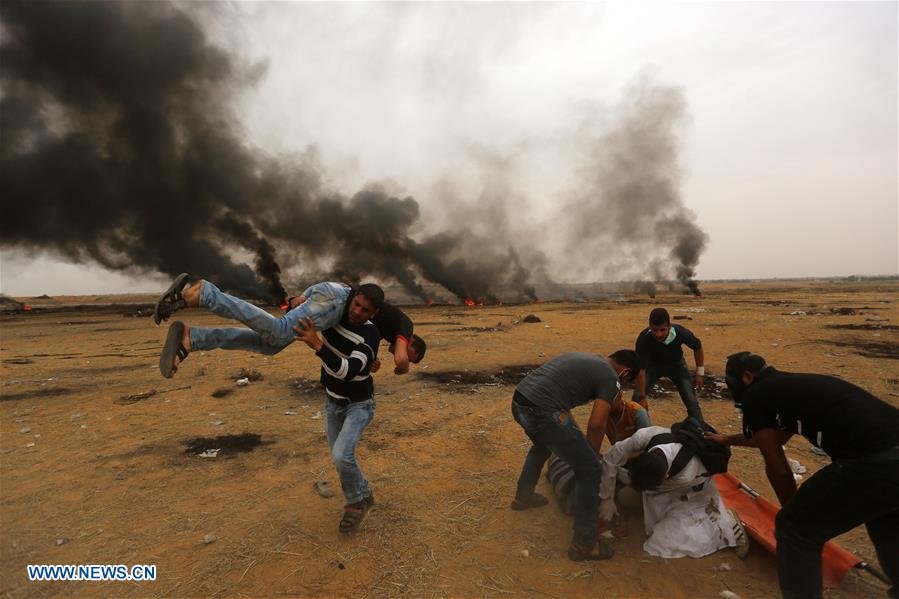 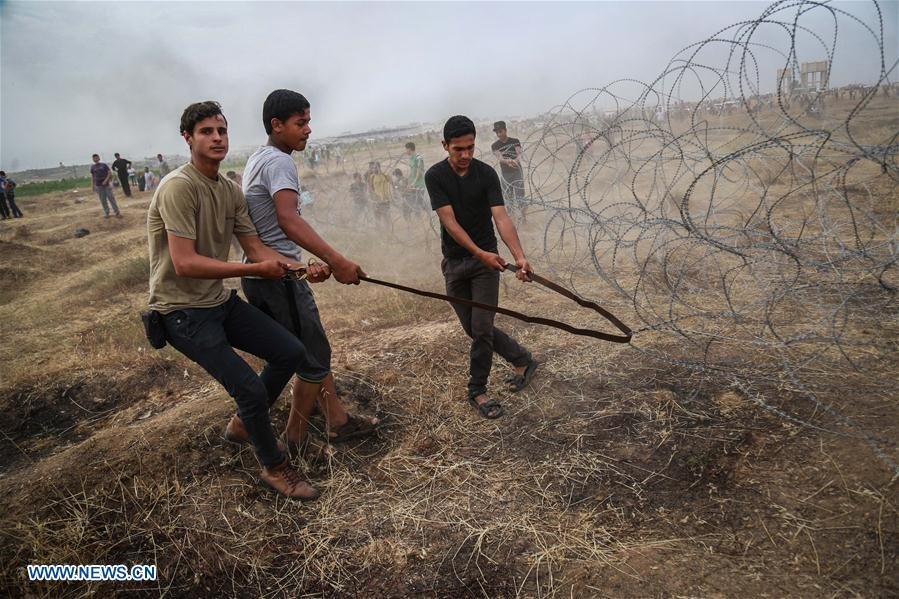 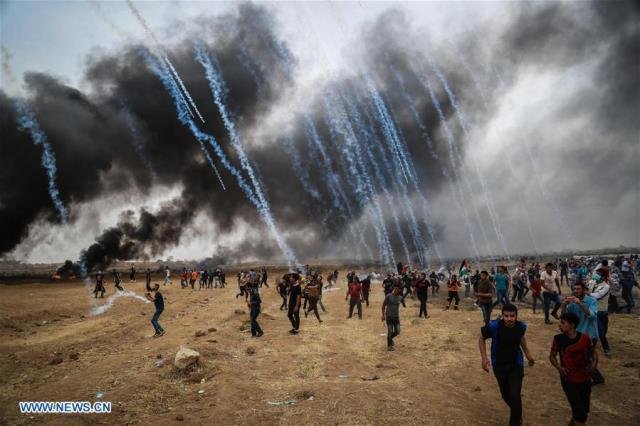 More than 1,000 Palestinians were injured Friday in daylong fierce clashes between hundreds of Palestinian demonstrators and Israeli soldiers stationed on the border between eastern Gaza Strip and Israel, medics said.

The clashes broke out earlier on Friday afternoon, right at the end of Friday prayers.

The sixth Friday anti-Israel rally is part of what is called by Palestinians the “Great March of Return” that started on March 30 and will culminate on May 15, the day after the 70th anniversary of Israel’s declaration of independence but marked by the Palestinians as the Nakba Day, or “the Day of Catastrophe.”

Eyewitnesses said that right after Friday prayers, hundreds headed to five different locations along with the border between eastern Gaza Strip and Israel; they burned tires and clashed with the Israeli soldiers stationed at the border.

The eyewitnesses said the Israeli soldiers stationed at the borderline area between eastern Gaza Strip and Israel are warning young demonstrators to go home and stop rallying, using loud speakers to speak to demonstrators in Arabic.

The witnesses said the soldiers shouted at the demonstrators in Arabic “go home for your safety, go home now, and if you don’t, we will shoot you, look here were fired tear gas at you, we are not kidding, go home.”

Israeli soldiers fired dozens of tear gas canisters and live gunshots at the demonstrators to prevent them from reaching the fence of the border between eastern Gaza Strip and Israel.

Sallah Abdul Aati, a rights activist and one of the “Great March of Return” organizers told Xinhua that they “kept the popular participation in a low profile” because it is final exam day of schoolchildren and universities students.

He noted that “the million-participant marches are coming and are expected on May 15,” adding “this will be the climax of the Great March of Return.”

Later on early evening, dozens of Palestinians stormed the main commercial crossing between Israel and the Gaza Strip in what could be an indication of a threatened breach of the border fence later this month.

Palestinian activists joining the rallies announced that they prepared 300 kites carrying fire bombs in tails to be flown into Israeli agricultural fields.

Mahmoud al-Zahhar, a senior Hamas movement leader from Gaza said in a press statement that Hamas warns Israel of targeting the demonstrators at the border, adding “keeping this going on would make everyone get surprised for our response.”

Al-Zahar responded to Israeli threats to strike on the Gaza Strip in case demonstrators try to infiltrate through the border into Israel. He said “if a war is imposed on us, we will join it and we will show them our power.”