French Leader Slammed for His Remarks on Turkey 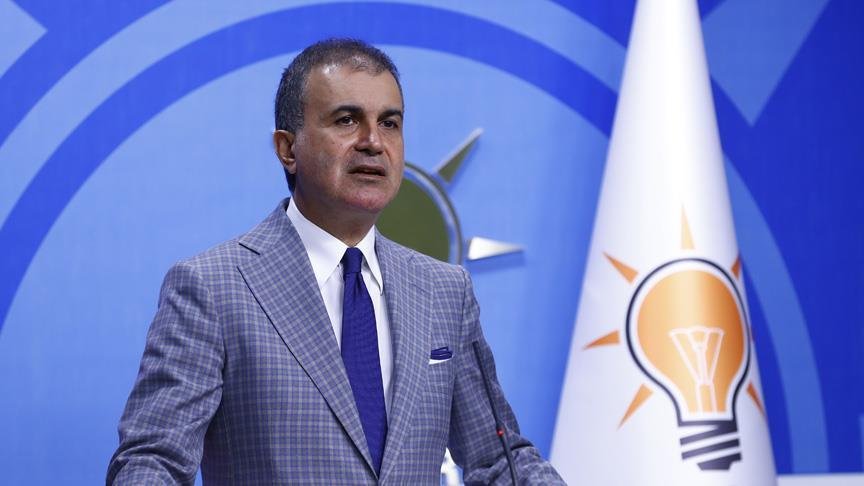 “We want to hear a commonsense statement from Macron on Turkey and we would also like to remind Macron how inconvenient it is to mix Islam and terror,” said party spokesman Omer Celik, speaking at a news conference following the AK Party’s central executive board meeting.

During the Ambassadors Conference in Paris on Monday, Macron said “to fight Islamist terrorism, we created a new law in France”.

“Turkish President Recep Tayyip Erdogan has a pan-Islamic project that is contrary to our European values.”

Macron said there was a need to build a strategic partnership with Turkey instead of granting it EU membership.

“We need to build a strategic partnership with Russia and Turkey because they are two important powers for our collective security; they must be tied to Europe,” he said.

Referring to a plan by Dutch anti-Islam politician Geert Wilders to hold a Prophet Muhammad cartoon competition, Celik said “such provocative attacks cause these racists and fascists to gain a place in European politics”.

“Europe’s ‘Daesh’ are its far-right parties…There is no difference between the leaders of the Daesh terrorist group and fascists like Dutch far-right leader Wilders.

“Therefore, if they are taking measures against Daesh, they must take such measures against these racists. This is not something to be evaluated in the context of freedom of thought,” he said.

Wilders’ anti-Islam Party for Freedom had previously called for the Quran to be banned.