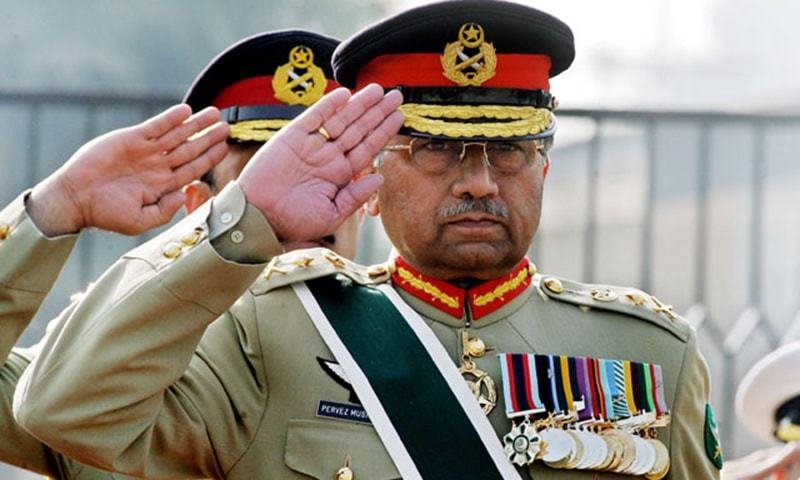 A special court in Islamabad on Tuesday found former military ruler retired Gen Pervez Musharraf guilty of high treason and handed him a death sentence under Article 6 of the Constitution.

This is the first time in Pakistan’s history that a military chief has been declared guilty of high treason and handed a death sentence. The verdict was split 2-1.

The punishment for high treason is death or lifetime imprisonment, according to the High Treason (Punishment) Act, 1973.

The three-member bench of the special court — headed by Peshawar High Court Chief Justice Waqar Ahmad Seth and comprising Justice Nazar Akbar of the Sindh High Court (SHC) and Justice Shahid Karim of the LHC — announced the verdict in the long-drawn high treason case against Musharraf after hearing final arguments today. A detailed verdict will be issued in 48 hours.

The former military chief is currently in Dubai in the United Arab Emirates. He was admitted to a hospital following deterioration of his health earlier this month. In a video statement from his hospital bed, he called the treason case “absolutely baseless”. “I have served my country for 10 years. I have fought for my country. This [treason] is the case in which I have not been heard and I have been victimised,” he had stated.

20 January 2022 By Ashraf Siddiqui More than 7,000 books of different ...
END_OF_DOCUMENT_TOKEN_TO_BE_REPLACED