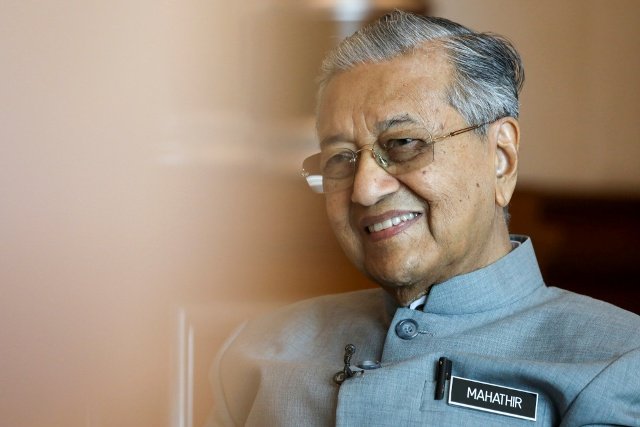 After his special aircraft touched down at the Hamad International Airport in the Qatar capital at 9.15 pm local time (2.15 am Thursday Malaysian time), Dr Mahathir and his wife, Tun Dr Siti Hasmah Mohd Ali, were greeted upon arrival by Qatar’s Minister of Commerce and Industry, Ali bin Ahmed Al Kuwari, and senior officials from both countries.

This is Dr Mahathir’s first visit to Qatar after being appointed as Malaysia’s seventh Prime Minister in May last year.

The visit is on the invitation of the Emir of Qatar Sheikh Tamim bin Hamad Al Thani, and both leaders are scheduled to hold meeting on Thursday to discuss the various efforts being taken to enhance the bilateral ties that was established in 1974.

On the second day of the visit (Dec 12), a packed scheduled awaits the prime minister, including a meeting with captains of industry of Qatar before being accorded an official welcoming ceremony at Amiri Diwan.

The Amiri Diwan is the seat of rule of the State of Qatar. It is the sovereign body and the administrative office of the Emir of Qatar.

After the ceremony, Dr Mahathir is scheduled to have an audience and hold a four-eyed meeting with the Emir.

Both leaders will also witness the signing of a memorandum of understanding (MoU) on the Establishment of a High-Level Joint Committee between the Foreign Ministers of both countries before they proceed to a luncheon hosted by the Emir in honour of the visiting prime minister.

In the afternoon, Dr Mahathir is scheduled to meet with the Chairman of the Qatar Foundation, Sheikha Moza Nasser Al Missned, during which they will discuss various aspects of education as the foundation seeks to become an educational hub in the Middle East.

Later, the prime minister will also be meeting the Malaysian diaspora and Malaysian business players in Doha.

On the third day (Dec 13), among others, Dr Mahathir’s programme includes a visit to the Qatar University where the prime minister will be conferred an Honorary Doctorate of Philosophy.

Following the official bilateral programmes, on Saturday (Dec 14), the prime minister is scheduled to attend the Doha Forum 2019 where he will deliver the keynote address touching on re-imagining governance in a multi-polar world from Malaysia’s perspective.

The award is being given to Dr Mahathir as a recognition of his leadership, voice and initiatives in developing and promoting Malaysia as well as its role on the international stage.

Qatar is Malaysia’s fifth largest trading partner in the Middle East. In 2018, total trade between the two countries amounted to RM3.72 billion, up 29 per cent from 2017.

Major export items from Malaysia to Qatar in 2018 were machinery, equipment and parts; processed food; palm oil and palm oil-based agriculture products; iron and steel products; and manufactures of metals.

The prime minister is scheduled to conclude the visit and return to Malaysia at noon on Saturday (5 pm Malaysian time).