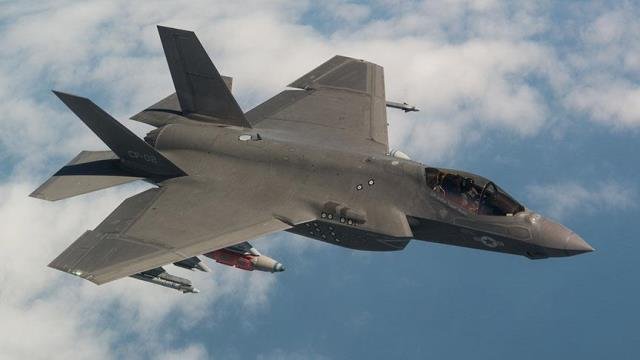 Turkey will take its first delivery of U.S.-made F-35 warplanes on June 21, according to defense sources.

Two fighter pilots from the Turkish Air Forces are getting special training in the U.S., where the delivery of the first plane to Turkey is planned to be done with a ceremony, said the sources, who asked not to be named due to restrictions on speaking to the media.

After the training is completed, and another warplane is delivered, the F-35 jets are planned to be brought to Turkey in September of 2019. The trained pilots will fly the two F-35s from the U.S., accompanied by a refueling plane.

The F-35 jets are planned to be deployed at the 7th Main Jet Base Command in Turkey’s eastern Malatya province, where preparations have already begun to replace F-4 aircraft.

The F-35s will replace the aging fleet of F-4 and F-16 aircraft. Last December, the Pentagon said that Italy and Turkey would provide the initial heavy maintenance of the F-35 fighter jets and their engines.

The single-pilot and single-engine, fifth-generation JSF/F-35 joint strike fighter stands out as a fighter jet that can perform various missions, such as air-ground assault, reconnaissance, tactics, and defense with low visibility.

The airplanes are being produced in three versions: conventional (horizontal) landing and departure, short take-off and vertical landing, and carrier based (F-35C/CV).

The modern F-35 fighter is being developed and built by U.S. defense contractor Lockheed Martin for the U.S., the U.K., Australia, Italy, Norway, Turkey, the Netherlands, Denmark and Canada in a project worth about $400 billion, making it the world’s most expensive weapons program.

In terms of industrial participation, the Turkish defense industry plays an important role in the program as parts supplier for the F-35 program.

Ten Turkish firms, including ASELSAN, Kale Aviation, Microwave and Electronic Systems (MiKES), ROKETSAN, and Turkish Aerospace Industries (TAI), are involved in the production of parts and electronic systems, and the engine maintenance for the F-35s.