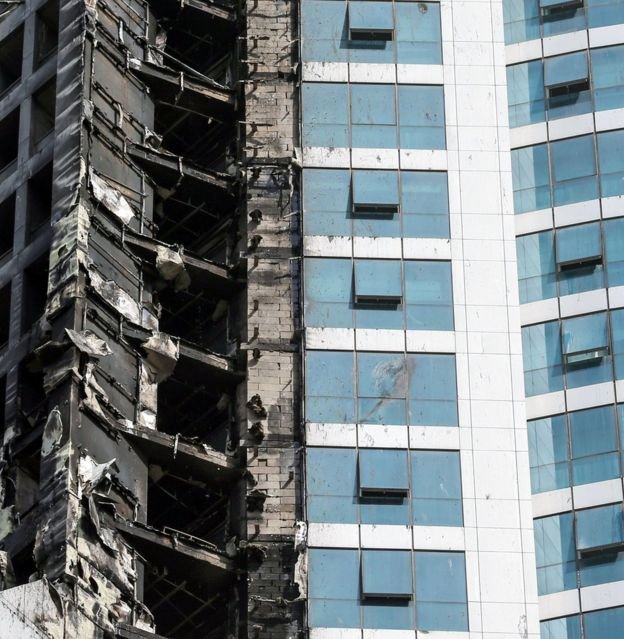 Firefighters have extinguished a blaze that swept through one of the world’s tallest residential buildings in Dubai early on Friday, forcing occupants to flee their homes as burning debris showered down the sides of the 79-storey tower.

Dubai’s civil defence authorities said firefighting squads put out the blaze by around 4:00 am (0000 GMT) and were cooling the 337 metre-tall Torch tower.

Police reopened the streets around the skyscraper after the fire was put out.

No major injuries were reported. A few people were treated for smoke inhalation, according to Dubai’s Gulf News website.

More than 40 floors of the building on one side were engulfed in flames as residents looked on from below, many in tears. The firefighters battled the blaze for more than two hours.

Flames shot up the sides of the building in the city’s upscale Marina district in the second blaze at the structure since 2015.

Firefighters and police sealed off surrounding streets, which were partially covered by dust and debris.

By 4:00am the exterior of the building showed no sign of fire as residents and onlookers stood around staring up at the building, according to a Reuters news agency witness.

“We were sleeping and we woke up to the fire alarm and people screaming. We ran down the stairs and it took us about 10 minutes to reach from the 50th floor,” a resident who gave his name as George, told Reuters.

“The fire was very strong at that time, about 1 a.m. Then it started calming down over the next two hours. It started on the 67th floor, that’s what we were told,” he added.

Another resident, whose name was Mohammed and lives on the 12th floor, told Reuters the top part caught fire first and then lower levels followed as debris fell.

The government said it is working on providing shelter for the ones affected by the fire.

There was no immediate word on the cause of the blaze.

Hundreds of people were evacuated in 2015 from the same building when a massive fire swept through the tower.

Dubai is one of seven emirates that make up the United Arab Emirates (UAE), a Gulf Arab trade and investment hub.

Several skyscrapers in the United Arab Emirates have caught fire in recent years, including a towering inferno that engulfed a 63-story luxury hotel in Dubai on New Year’s Eve in 2016. In that blaze, as in others in Dubai in recent years, residents escaped without major injury.

Authorities have previously acknowledged that at least 30,000 buildings across the UAE have cladding or panelling that safety experts have said accelerates the rapid spread of fires.

A devastating tower fire in London in June killed at least 80 people and prompted the UK to order more thorough testing on the cladding systems of its towers.