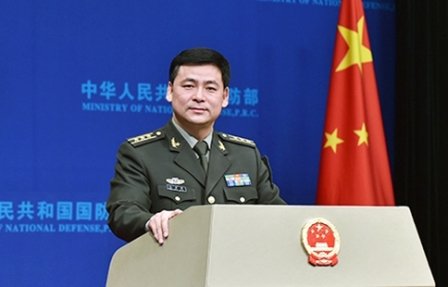 Chinese Defense Ministry has urged India to immediately pull back the trespassing troops to the Indian side of the boundary.

Ren Guoqiang, a spokesperson of the ministry, made the remarks in a statement released by the ministry’s website late Thursday night.

Ren called on the Indian side to swiftly address the situation in a proper manner to restore peace and tranquility in the border region.

Since the incident occurred, China has shown utmost goodwill and sought to communicate with India through diplomatic channels to resolve the incident. Chinese armed forces have also shown a high level of restraint with an eye to the general bilateral relations and the regional peace and stability, said Ren.

However, goodwill has its principles and restraint has its bottom line, said Ren.

Ren urged the Indian side to give up the illusion of its delaying tactic, as no country should underestimate the Chinese forces’ confidence and capability to safeguard peace and their resolve and willpower to defend national sovereignty, security and development interests.

Indian border troops illegally crossed the border into Chinese territory on June 18, and obstructed China’s road construction work on the Chinese side.

As of Thursday, there are still Indian border troops illegally staying in the Chinese territory.

On Wednesday, China’s Ministry of Foreign Affairs issued a document titled “The Facts and China’s Position Concerning the Indian Border Troops’ Crossing of the China-India Boundary in the Sikkim Sector into the Chinese Territory.”