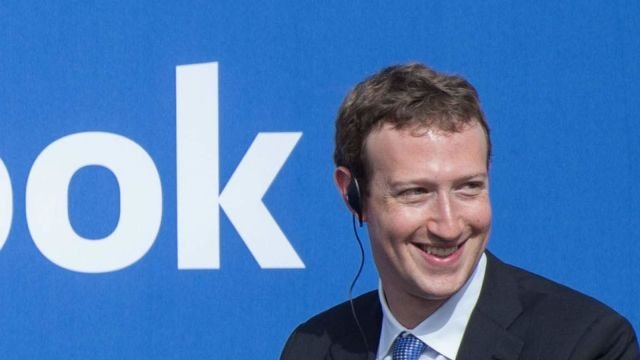 Facebook has officially hit 2 billion monthly users, solidifying the company’s position as the largest, most influential social network in the world.

Facebook CEO Mark Zuckerberg announced the milestone on the social network on Tuesday. “As of this morning, the Facebook community is now officially 2 billion people!” Zuckerberg said in his post. “We’re making progress connecting the world, and now let’s bring the world closer together.”

The announcement comes a few days after Facebook’s first-ever Community Summit in Chicago, where Zuckerberg unveiled a host of new tools to make it easier for admins of massive Facebook groups to grow and curate their communities. More than 1 billion people use Facebook groups each month, making them a core component of the social network. At the event, Zuckerberg also revealed the company’s new mission, “Give people the power to build community and bring the world closer together.” Zuckerberg called the statement “an extension” of the company’s original mission of making the world “more open and connected.”

Facebook’s unprecedented reach can be a powerful tool for tackling global problems and democratizing access to people and knowledge. However, the social network’s influence also comes riddled with a host of ethical challenges. The company is continually navigating everything from how to moderate violent and sensitive live video content, to addressing extremist and terrorist groups that mobilize on the app and how to determine which information sources and political perspectives populate users’ personalized feeds.

“We feel like our responsibility is expanding, especially around passing this milestone of 2 billion people in the community,” Zuckerberg said in an interview at Facebook’s Menlo Park, California headquarters earlier this month. “We’ve been thinking about what our responsibility is in the world and what we need to do.”

Facebook has set a goal to help 1 billion users become part of what Zuckerberg calls “meaningful groups,” in a push to reverse what has become a pronounced decline in community membership around the world. Stronger community engagement on and offline will be key to solving critical global problems like climate change and public health issues, Zuckerberg said.

“A more connected world is going to be necessary to take on the greatest opportunities and challenges for the next generation, everything from stopping climate change, to stopping pandemics, to funding research,” Zuckerberg said in an interview this month. “These are not fundamentally national problems anymore. In order to get there, you need to build a world where every person has a sense of support and purpose in their life so they don’t just focus narrowly on what’s going on in their lives, but can think about these broader issues as well.”

The 2-billion mark is a testament to Facebook’s ability to court and maintain users across both developed and emerging markets. Despite Facebook’s scale, the company has managed to sustain impressive user growth. In the company’s most recently reported quarter, ending March 31, total monthly users grew 17% year-over-year to 1.94 billion people, from the same period a year earlier. And year-over-year, daily active users in that quarter increased by 18% to 1.28 billion.