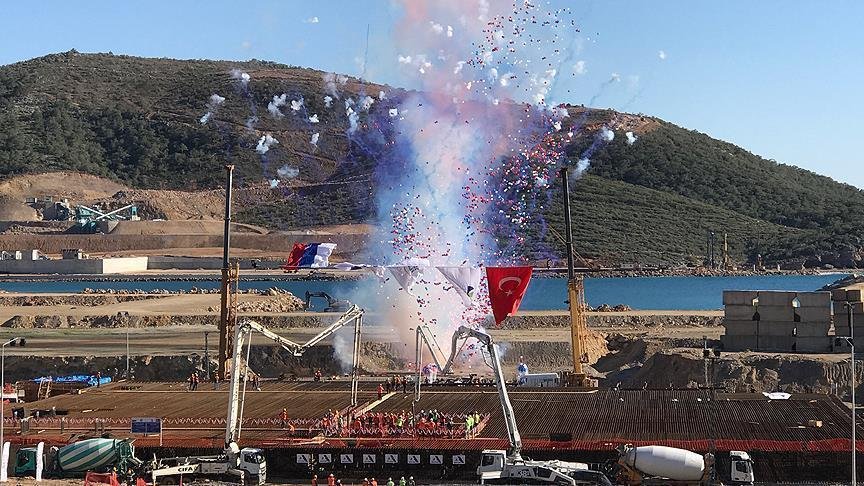 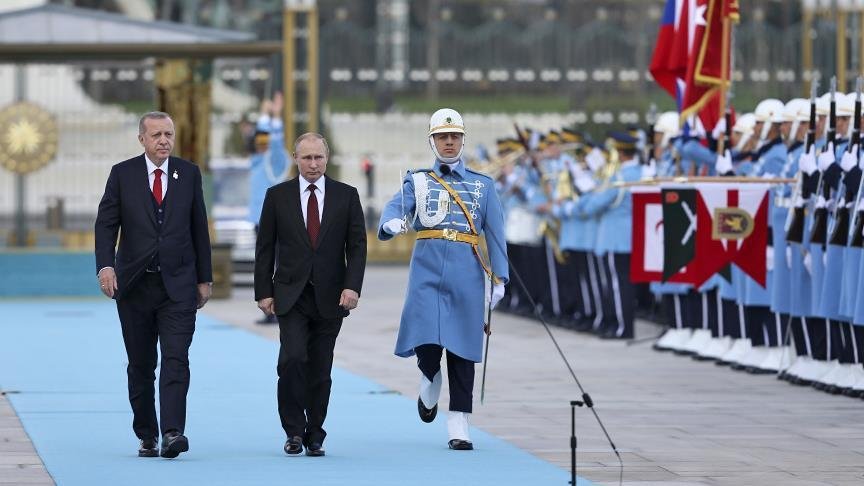 President Recep Tayyip Erdogan and his Russian counterpart Vladimir Putin attended the groundbreaking ceremony of Akkuyu Nuclear Power Plant via a video conference call from the Presidential Complex in the capital Ankara on Tuesday.

Prior to the groundbreaking ceremony, Erdogan welcomed Putin with an official ceremony in the capital.

For his part, Putin said the power plant “will be safe and environment friendly” and that his country wants to activate the first reactor in 2023.

Following speeches delivered by the two leaders, Development Minister Lutfi Elvan pressed the button to lay the foundation of the Akkuyu NPP in Turkey’s southern Mersin province and implemented the agreement signed between Turkish and Russian governments back in 2010.

The Akkuyu NPP, comprising four units, each with a capacity of 1,200 megawatts, will be built by the Russian State Nuclear Energy Agency, Rosatom.

It will produce 35 billion kilowatts of electricity at full capacity, which will meet about 10 percent of Turkey’s electricity needs.

The project started with an inter-governmental agreement signed between Turkey and Russia on May 12, 2010.