Elections In India – BJP Sweeps In UP & Uttarakhand, Congress Sweeps In Punjab 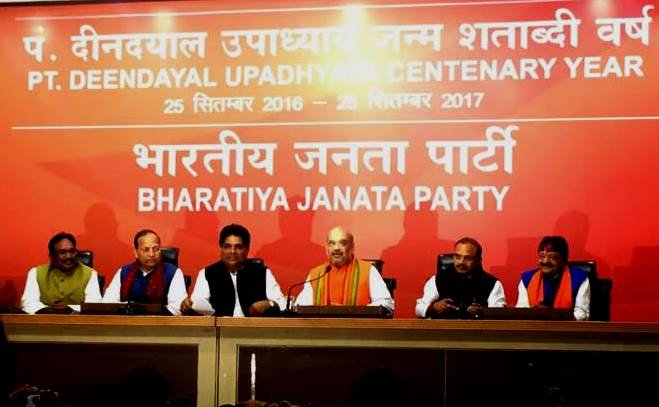 BJP massive victory in 2017 elections in major state of Uttar Pardesh (UP) has strengthened confidence in Prime Minister Narender Modi and his BJP party. BJP won today 312 and it’s allies got 13 seats making a total of 325 seats in house of 403. Along with UP win, BJP was also able to sweep in neighbouring Uttarakhand and preparing to have it’s government in GOA and Manipur.

Congress Party almost swept in Punjab by winning 77 seats in house of 117 followed by AAP which won 22 seats in the house. However, Congress won more seats than BJP in GOA and Manipur elections with no party in majority.

Rahul Gandhi, Vice President of Congress Party tweet today Prime Minister Modi on BJP win in UP & Uttarakhand, in return Prime Minister Modi also congratulated. Rahul Gandhi faced humiliation in the hands of BJP by losing four seats in UP in his own parliamentary constituency of Amethi, where BJP has won four out of 5 assembly seats.