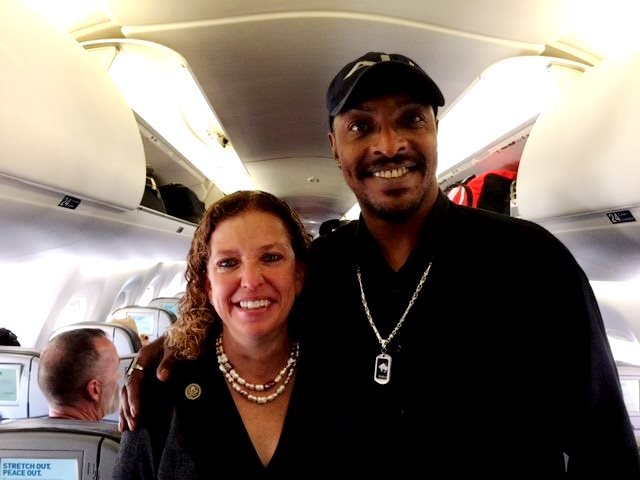 Muhammad Ali’s son was detained and questioned at a Washington airport before being allowed to fly home to Florida, his lawyer has revealed.

The incident came after Muhammad Ali Jr met with politicians to talk about a separate airport detention last month.

Mr Ali and his mother, Khalilah Camacho Ali, were stopped at the Fort Lauderdale-Hollywood International Airport after returning from Jamaica on 7 February.

They traveled to Washington on Wednesday without incident to speak to members of a congressional sub-committee on border security about that experience.

Attorney Chris Mancini said that when Mr Ali tried to board a JetBlue Airways flight back to Florida that day he was detained for 20 minutes.

Mr Mancini said Mr Ali spoke to Department of Homeland Security (DHS) officials by telephone and showed his driver’s licence and passport before he was allowed to board the plane.

“None of this was happening Wednesday,” Mr Mancini said in a telephone interview on Friday as he was travelling with the family.

“Going to Washington obviously opened up a can of worms at DHS.”

Florida Democratic Congresswoman Debbie Wasserman Schultz, who was on the same flight, posted a photo on Twitter with Mr Ali after he was allowed to board and wrote: “On way home on DOMESTIC FLIGHT Muhammad Ali Jr. detained AGAIN … Religiously profiling son of ‘The Greatest’ will not make us safe.”

The Alis, both born in the United States, have said in interviews previously that they believe they have been stopped because they are Muslim with Arabic names.

Earlier this week they unveiled a campaign for religious freedom in the spirit of the boxing icon, supported by former boxers Evander Holyfield, Larry Holmes and Roberto Duran among others.

The first order, which temporarily stopped the entry of refugees and travellers from seven Muslim-majority countries, was the subject of more than two dozen lawsuits.

Critics claimed it discriminated against Muslims and violated the US Constitution, while the Trump administration said the measure was necessary to protect the US against terror attacks.