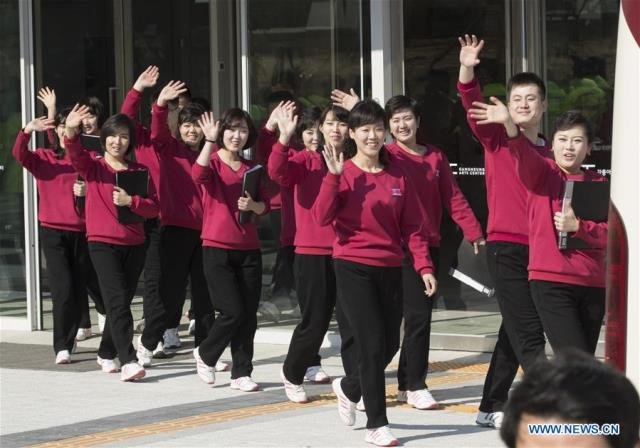 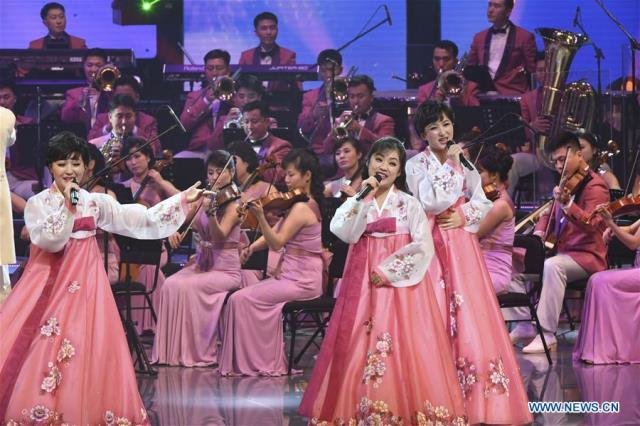 The Samjiyon orchestra from the Democratic People’s Republic of Korea (DPRK) staged a performance in the South Korean city of Gangneung on Thursday night, 08 Feb. 2018 before the opening of the PyeongChang Winter Olympics.

In another development, Xinhua, Chinese news agency reported today that South Korea’s presidential Blue House saw a visit by the sister of top leader of the Democratic People’s Republic of Korea (DPRK) Kim Jong Un to the South Korea-hosted Winter Olympics as meaningful to ease tensions on the Korean Peninsula.

Kim Eui-kyeom, spokesman for South Korean President Moon Jae-in, told a press briefing that the composition of the DPRK delegation showed its will to ease tensions on the peninsula while congratulating the winter sports event.

The DPRK notified South Korea earlier in the day of the list of its high-ranking delegation, which will be led by Kim Yong Nam, president of the Presidium of the Supreme People’s Assembly.

The delegation will make a three-day visit to South Korea from Friday to attend the opening ceremony of the 23rd Winter Olympics scheduled for Friday at South Korea’s eastern county of PyeongChang.

Kim Yo Jong, the younger sister of the top DPRK leader and the first vice director of the Central Committee of the Workers’ Party of Korea (WPK), was included in the delegation.