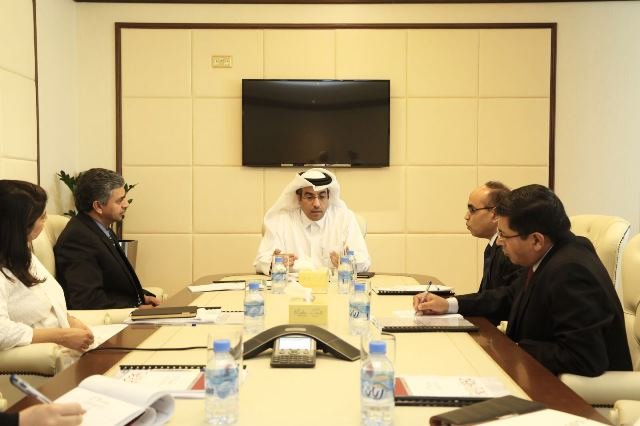 Dr. Al-Marri briefed on the severe human conditions suffered by workers from the communities of their countries because of the siege on Qatar. During the meeting, Al-Marri gave a report and statistics on the numbers of these workers.

Importance of communication among the victims and the concerned embassies in Saudi Arabia was highlighted in order to address the situation of the members of their communities. Al-Marri said that among the difficulties faced by workers there is the interruption between them and their operators in the State of Qatar, which prevents them from the delivery of their dues due to the financial embargo.

The diplomats thanked the National Human Rights Committee for the efforts it has been exerting since the beginning of the crisis and its interest in their employees in the country and the countries of the siege and assured their follow-up to these efforts.