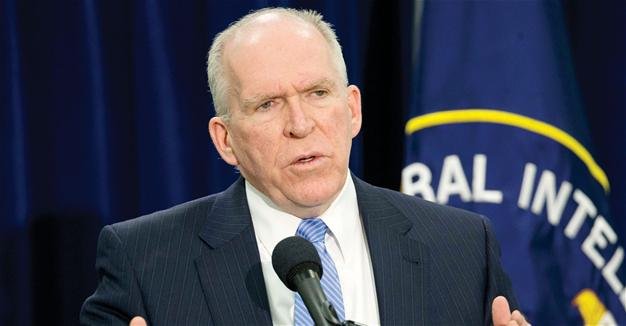 Turkish media reported this morning that US prime intelligence agency CIA has sent a written apology to Turkey on it’s 2014 report on alleged relations between Turkey and the ISIL.

Popular ‘Daily News’ says U.S. Secretary of State John Kerry and the CIA have apologized to Turkey over allegations in 2014 about oil trade between Ankara and the Islamic State of Iraq and the Levant (ISIL).

Meeting with Foreign Minister Mevlüt Çavuşoğlu on the sidelines of a U.N. Security Council meeting in 2014, Kerry had said they had information that Turkey was importing oil from ISIL, a Foreign Ministry official told the Hürriyet Daily News, adding that Çavuşoğlu denied this claim at the time.

“We know who gave you this information. Some Arab countries are reacting to us because of disagreements over the Egypt issue. They are conducting a campaign on the issue. This is a very serious accusation,” Çavuşoğlu told Kerry at the time, according to the official.

After requesting the document of the allegations in a number of meetings with Kerry, Çavuşoğlu was given a file that included information on coordinates in Turkey.

The file was then investigated by Turkish intelligence agencies, and Ankara determined that the coordinates belonged to an asphalt worksite of Kilis Municipality, on the border with Syria.

After this information was conveyed to the U.S., Kerry apologized and the CIA filed a written apology to Ankara, said the official.

He also refuted claims that the U.S. provided heavy weapons to the People’s Protection units (YPG) in Syria. “We don’t have such information, and the U.S. has also categorically refused the claims,” said the official.

Meanwhile, the Foreign Ministry official described Russia and Iran as “not being on the same page with Turkey” regarding the ambition of the PYD to establish formal cantons in northern Syria.

“The YPG is an issue of sensitivity not only for us but also for everyone. They are trying to establish a canton administration there. We have differences with Russia and Iran on this issue,” said the official.

The evacuation of the last opposition-held areas of the Syrian city of Aleppo was suspended several times after pro-government militias demanded that wounded and elderly people should also be evacuated from two Shiite villages, Fua and Kafraya, besieged by Syrian opposition forces, according to the Foreign Ministry official.

Foreign Minister Mevlüt Çavuşoğlu has held 10 separate phone conversations with his Iranian counterpart since Dec. 14 to eliminate the blocking of the evacuation by Iran-linked Shiite militias in Syria.

“But we said there are two deals. One was a month ago. If you are not faithful to that deal, how can we trust you now?” said the official.

“Following our talks with Iran, things got back on track,” the official said.

Recalling talks between Russian officials and the Syrian opposition in Ankara to reach a ceasefire, the official said Syrian fighters assured Russia for the withdrawal of nearly 200-300 Al-Nusra fighters in Aleppo. Opposition representatives assured that they would fight against Al-Nusra in Aleppo in order to clear the jihadist group from the city, but the deal was not sealed, according to the official.

20 January 2022 By Ashraf Siddiqui More than 7,000 books of different ...
END_OF_DOCUMENT_TOKEN_TO_BE_REPLACED