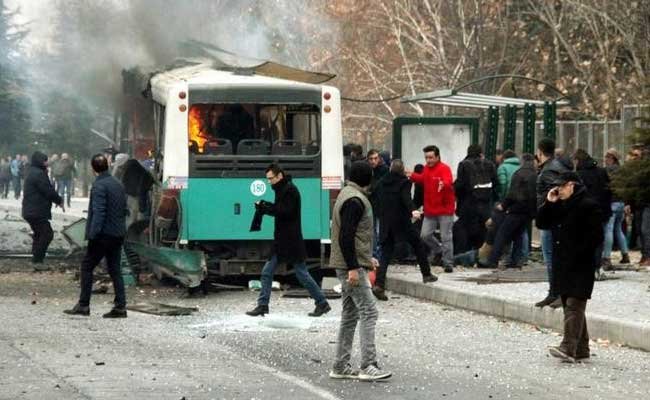 By Ilhan Toprak and Tuba Karahan

(AA) At least 13 soldiers were martyred and 48 others wounded in a car bomb attack in central Turkey’s Kayseri province on Saturday, according to the military.

The injured were rushed to nearby hospitals in the city.

An investigation into the attack is underway.

Turkey’s Supreme Board of Radio and Television imposed a temporary ban on media coverage of Kayseri blast, which includes live broadcast from the scene, footage taken from the time of the blast and afterwards, and images of bodies, the agency said in a statement.