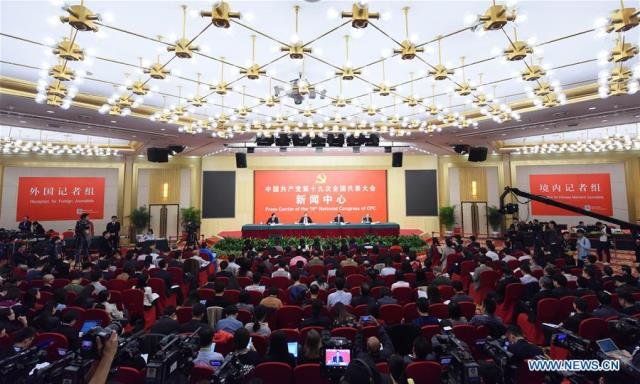 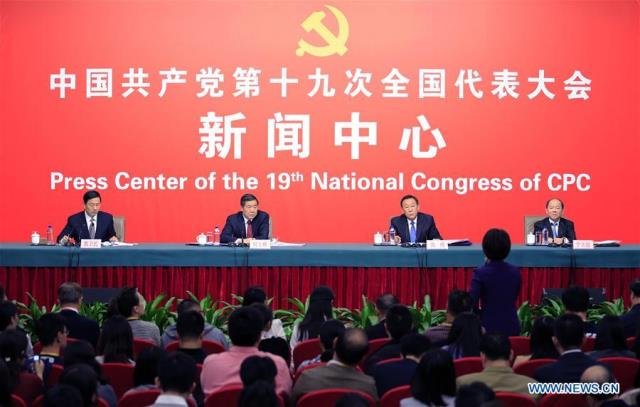 China’s economy is expected to attain or surpass the government’s annual growth target of around 6.5 percent this year, a chief economic planner said Saturday.

“The growth target of around 6.5 percent is expected to be fulfilled successfully, and it’s possible to achieve even better results,” said He Lifeng, head of the National Development and Reform Commission, at a press conference on the sidelines of the 19th National Congress of the Communist Party of China.

The economy has seen a stronger trend of steady growth with structural progress and positive outlook this year, he told reporters.

China’s GDP expanded 6.9 percent year on year to 59.3 trillion yuan in the first three quarters, holding steady from a 6.9-percent growth in the first half despite a slightly slower 6.8-percent increase in the third quarter, official data show.

Although the global economy has been struggling to recover since 2012, China has kept economic indicators such as GDP, inflation and employment relatively stable, with more than 10 million people lifted out of poverty every year, He said.

Meanwhile, progress has been made in advancing institutional reform, cutting excessive industrial capacity and pushing for economic upgrading, he told reporters.

China “has the confidence and capability” to realize the goal of developing into a great modern socialist country by the middle of this century, he said.