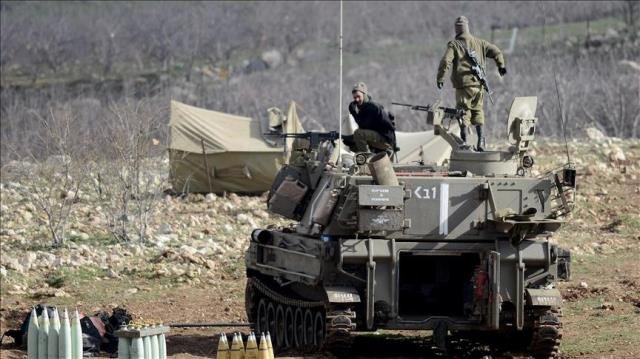 In a statement, the army said the attack targeted the military posts across the border in the northern Golan Heights after rockets landed in the territory, causing no injuries.

“Even if this is just spillover, this is an exceptional incident and the continuance of such events will be met with a more fierce Israeli response,” the military said.

Israel has occupied most of Syria’s Golan Heights since the 1967 Arab-Israeli war.

Since the outbreak of Syria’s civil war in 2011, the Israeli army has occasionally struck targets inside Syria, especially after shells fired from Syrian territory have fallen inside the Golan Heights, either intentionally or in error.