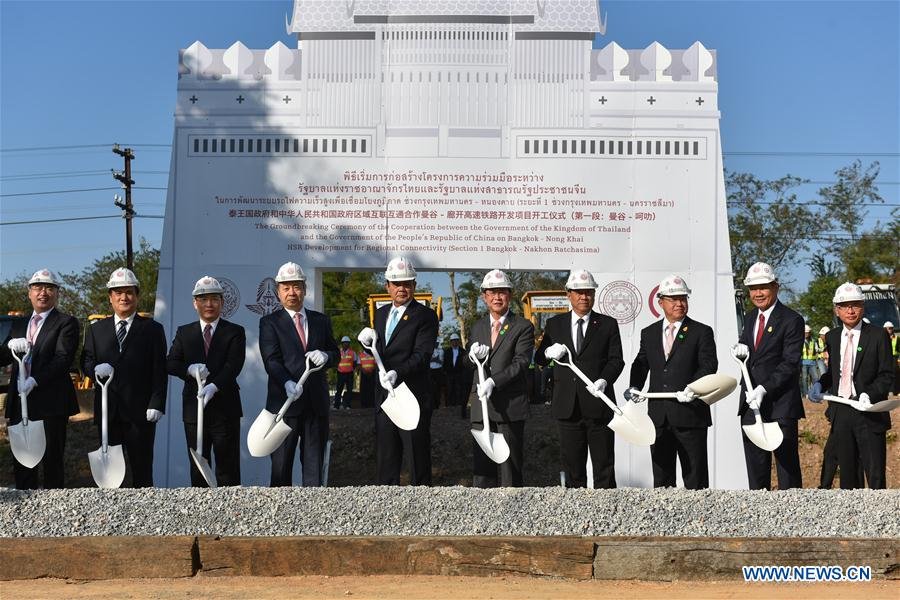 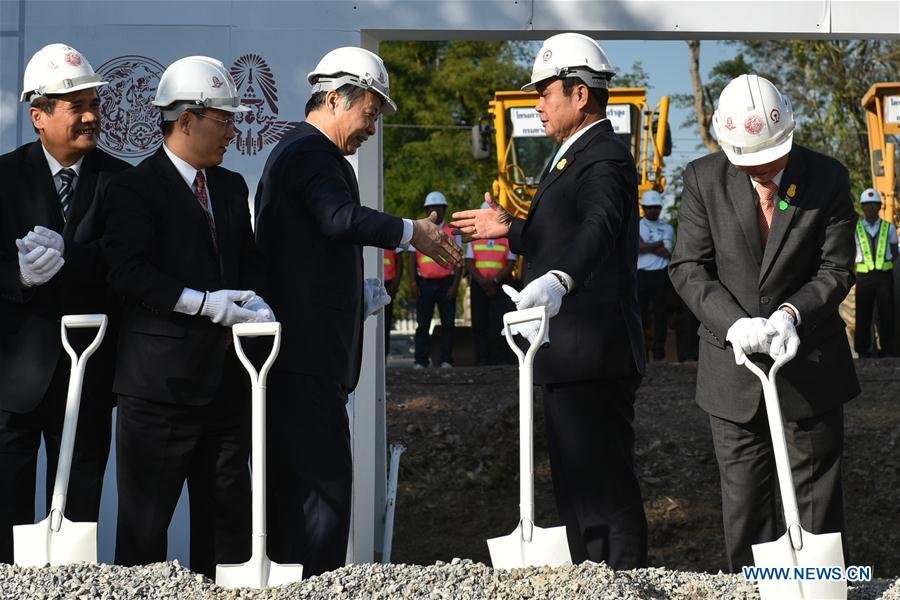 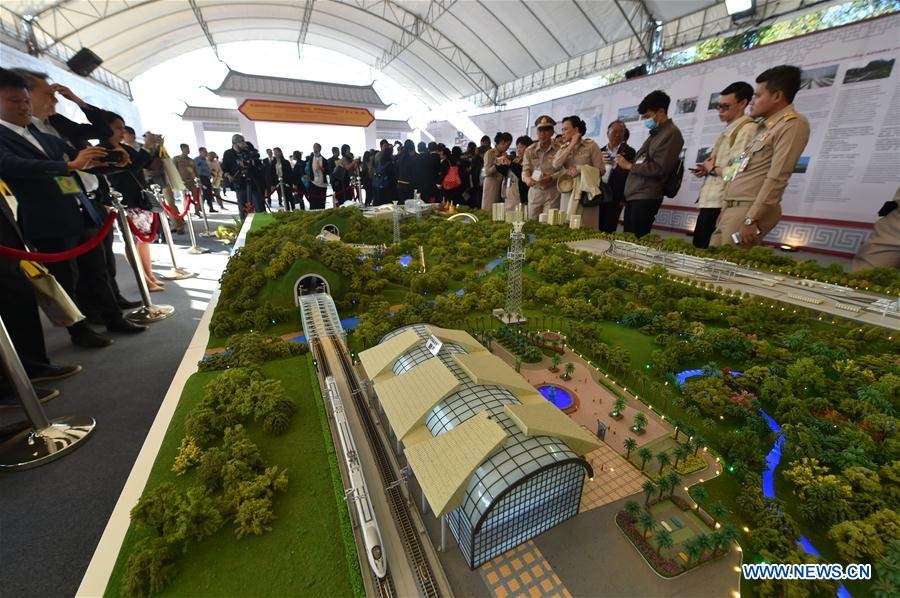 Thailand and China jointly inaugurated the construction of Thailand’s first high-speed railway from Bangkok to northeastern province of Nakhon Ratchasima on Thursday.

Chinese Premier Li Keqiang said in a congratulatory letter that the China-Thailand high-speed railway is a flagship project in jointly realizing the Belt and Road Initiative in the spirit of “wide consultation, joint construction and shared benefits.”

The 253-km first phase of the railway links Bangkok with Nakhon Ratchasima province. China is responsible for design of the railway, supervision of construction and manufacturing of trains and signal systems among others.

Once completed, the railway with a maximum speed of 250 km per hour will be the first high-speed railway of Thailand.

The planned second phase of the project will link Nakhon Ratchasima with Nong Khai on the border with Laos, which connects with the China-Laos railway in an artery railway linking Thailand, Laos and China.

Li said the project will contribute to infrastructure development and enhance connectivity in Thailand as well as in the region. He hoped both sides could cooperate to complete the first phase and push forward the second phase of the project, and connect the cross-border railway with the China-Laos railway as soon as possible.

The Chinese premier said the China-Thailand high-speed railway, as a new platform for bilateral cooperation, will further promote pragmatic cooperation of win-win and mutual benefit between the two countries and their comprehensive, strategic, cooperative partnership.

Thai Prime Minister Prayut said the Thailand-China high-speed railway will connect Thailand with other countries and help Thailand merge into the grand transport network under the Belt and Road Initiative. It will also help the kingdom become a regional transport and logistic hub.

Prayut emphasized that Thailand will work with the Chinese side to move the project forward in a bid to realized sustainable development.

Transport Minister Arkhom told Xinhua after the ceremony that the project will greatly help the development of Thailand’s northeastern region and the first phase of the project is set to be operational late 2022 or early 2023.

20 January 2022 By Ashraf Siddiqui More than 7,000 books of different ...
END_OF_DOCUMENT_TOKEN_TO_BE_REPLACED