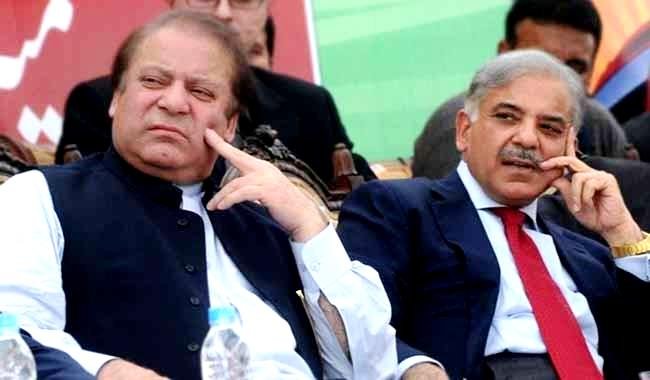 Pakistan Muslim League-Nawaz (PML-N) President Nawaz Sharif has nominated his brother Punjab Chief Minister Shahbaz Sharif as the candidate for the prime minister in the next elections.

Nawaz announced this decision after a meeting of PML-N bigwigs at his Jati Umra residence. According to sources present in the meeting, Nawaz praised the chief minister for his hard-working nature and devotion to public service.

“Shahbaz has always worked to further the party policies for public welfare and this unflagging attitude earned him the opportunity to be trusted for a higher office. We are a democratic political party where everyone is free to voice their mind. Shahbaz has had difference of opinion over some issues yet his commitment to the party overrules all else, which is why he has never violated the party discipline,” said the former prime minister.

He lauded Shahbaz’s vision of swift progress and development and the success he has achieved as chief minister and said there was no harm in consultation and/or agreement with the younger brother. “Shahbaz Sharif has never disappointed me,” said the PML-N president.

Putting his foot down regarding the party discipline, Nawaz said those who claimed to be in the PML-N should stand by the party and the party’s stance in testing times instead of creating and fanning discord.

“Such behaviour will not be tolerated,” he warned and added that the dissenting statements were not being appreciated in the party. Nawaz warned that the orchestrators of the religious sit-in would [inevitably] understand the dangerous long-term consequences of this action. Talking about the future, he said the election campaign and movement for non-partisan across-the-board justice and supremacy of civilians in democracy would be run jointly.

“These two principles of civilian supremacy in democracy and sanctity of vote will be the slogans for the 2018 election campaign,” he made it clear. The announcement has huge implications. At the one end, it announces a truce between the two brothers over the disagreements that had been widely reported by the media. The statements given by Maryam Nawaz, Shahbaz and Hamza Shahbaz after several meetings too hinted that both sides were trying to convince each other to adopt their stance.

Nawaz’s decision on not nominating Shahbaz as the party head after his disqualification was also seen by some an outcome of the rift and the resultant distrust between the two. This announcement could very well be seen as an announcement of an end to that friction.