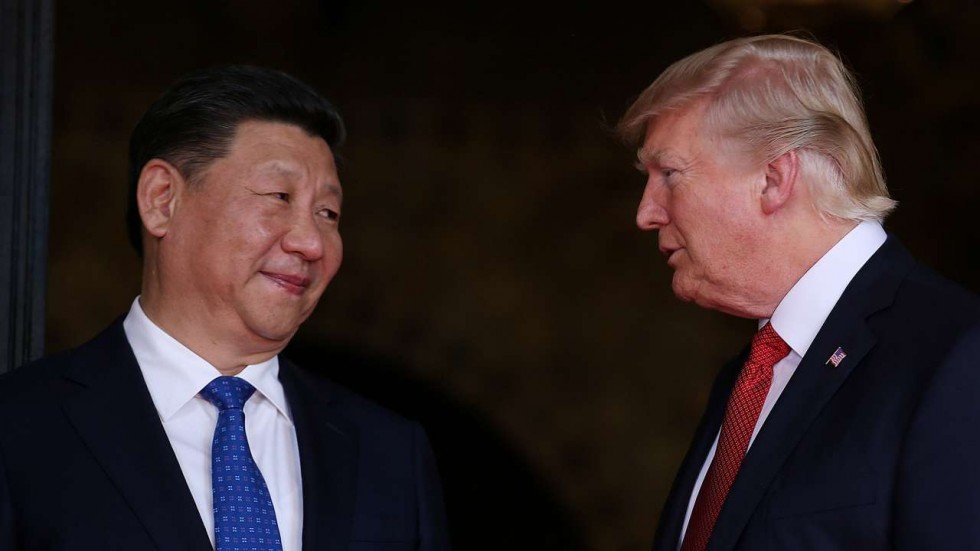 He said China would like to keep up communications with the United States and all other related parties, and jointly push the nuclear issue towards the direction of peaceful settlement via dialogues and negotiations.

In response, Trump said the United States has serious concerns over the launch of a ballistic missile by the Democratic People’s Republic of Korea (DPRK).

The DPRK’s Korean Central Television reported that the country successfully test-fired a newly developed Intercontinental Ballistic Missile early Wednesday morning, a move that has drawn condemnation from the international community.

Pyongyang said “The development and advancement of the strategic weapon of DPRK are to defend the sovereignty and territorial integrity of the country from the U.S. imperialists’ nuclear blackmail policy and nuclear threat, and to ensure the peaceful life of the people.”

It is the first launch since Sept. 15, when the DPRK fired a ballistic missile over northern Japan into the Pacific Ocean.

Trump said Washington highly values China’s important role in solving the nuclear issue, and is willing to enhance communications and coordinations with China in search for solutions to the issue.

Also in their phone talks, the Chinese leader said that during Trump’s visit to China earlier this month the two heads of state have exchanged in-depth views on key issues of common concerns and reached important consensuses on multiple fronts, which bears important significance for maintaining sound and stable bilateral ties.

Xi called on the two sides to carry out these consensuses, make good plans for high-level bilateral exchanges, as well as at other levels, ensure the second round talks under all four high-level China-U.S. dialogue mechanisms a success, and implement cooperation agreements and projects between the two countries.

He also urged the two sides to maintain close communications and coordination on important international and regional affairs.

To help soothe the Korean Peninsula situation, China has proposed a dual-track approach, seeking to advance denuclearization and establish a peace mechanism in parallel. Beijing, in its “suspension for suspension” initiative, calls on Pyongyang to pause its missile and nuclear activities, and calls on Washington to put its joint military drills with South Korea on hold.

In response to the DPRK’s missile launch, the United Nations Security Council will hold an urgent meeting on Wednesday afternoon.

Since November last year, the Security Council has imposed export bans on coal, iron, lead, textiles and seafood, restricted joint ventures and blacklisted a number of DPRK’s entities in response to the country’s missile and nuclear tests.

It has also banned the hiring of DPRK’s guest workers and capped oil exports.

Under UN resolutions, DPRK is barred from developing missiles and a nuclear weapons capability, but Pyongyang argues that the arsenal is needed for self-defense against the “hostile” United States.