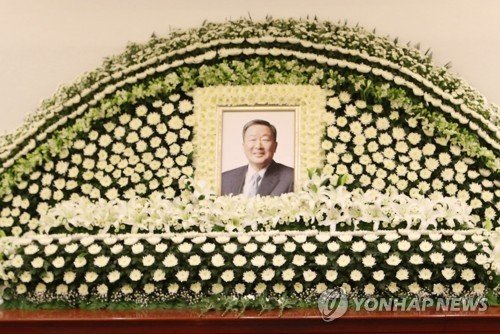 Koo died on Sunday at the age of 73, with LG Group spokespersons saying the businessman died peacefully while his family watched on. Koo had several brain surgeries earlier this year, and was recently hospitalized when his condition deteriorated.

He is the grandson of the LG Group’s founder Koo In-hwoi and had led South Korea’s fourth largest conglomerate for more than two decades.

Samsung Electronics Vice Chairman Lee Jae-yong made a visit on Sunday to express his condolences.

Korea Employers Federation Chairman Sohn Kyung-shik came to meet with relatives and described the late tycoon as a “big star” for the country’s economy.

Koo is survived by his wife, two daughters and 40-year-old adopted son Koo Kwang-mo, who is seen as the heir to the LG conglomerate.

LG Group said the late chairman will be taken to an undisclosed burial place on Tuesday.