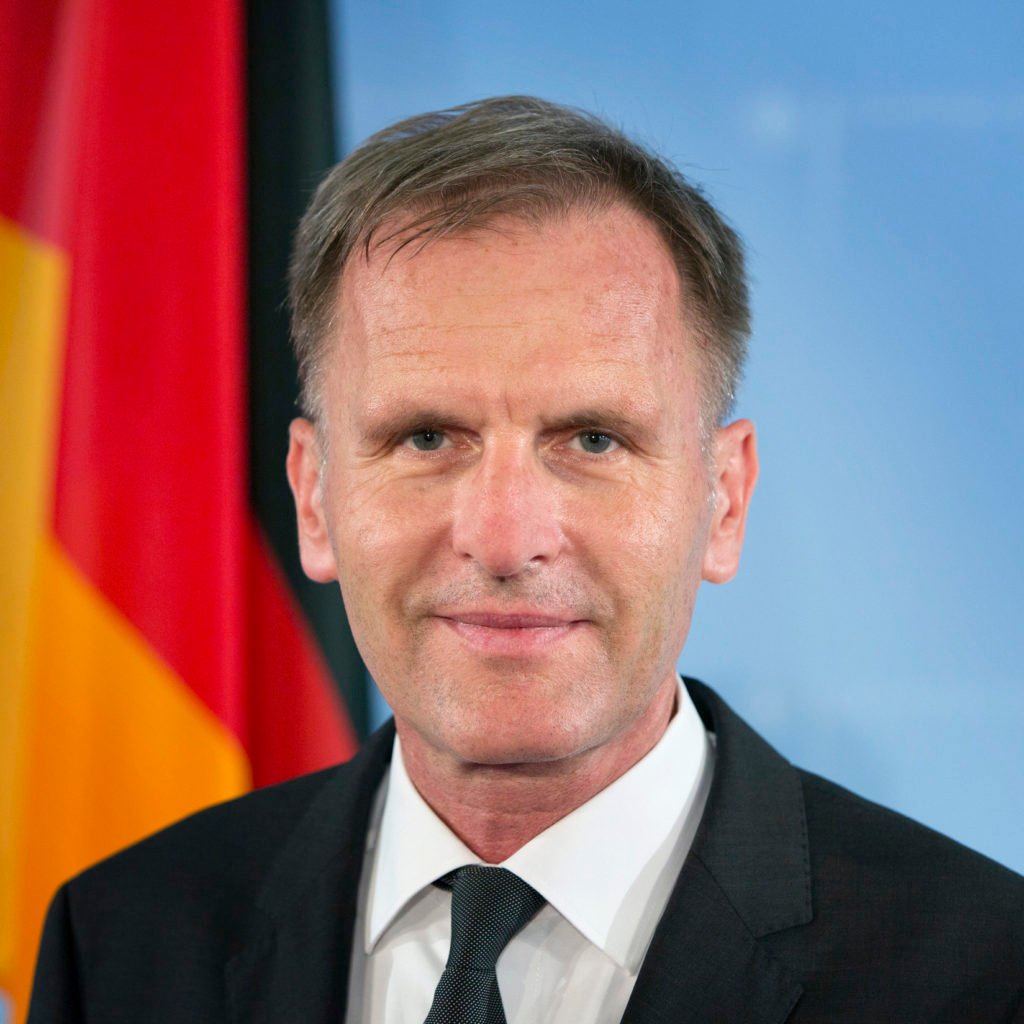 Hans-Udo Muzel, German envoy to State of Qatar in an exclusive interview with Qatar News Agency has said that Germany values its close partnership with Qatar. He lauded on the recent visit to Germany by Sheikh Tamim bin Hamad AlThani, Amir of State of Qatar to open  Qatar-Germany Business and Investment Forum in Berlin. He noted that the visit comes just one year after the last bilateral meeting between Amir of Qatar and Chancellor Merkel indicating the intensity of bilateral relations.

German envoy told that Amir of Qatar and German Chancellor will oversee the signing of an agreement on the establishment of the Joint German-Qatar Task Force on Trade and Investments. Business and Investment Forum will provide an excellent opportunity to further strengthen the already substantial economic relations between Qatar and Germany and to open up new opportunities for cooperation between Qatari and German businesses. Strengthening of trade relations between our two states will be mutually beneficial and is therefore in the interest of both our nations, ambassador Muzel said.

Talking on bilateral ties, he said that “Qatar and Germany enjoy longstanding and solid political, cultural and economic ties. Last year we enjoyed a wide variety of events in the framework of the Qatar Germany Year of Culture. This year, we are celebrating 45 years of diplomatic relations. We will dedicate our upcoming National Day reception in Doha to this special anniversary. Continuous growth of bilateral trade and growing integration of the Qatari and German economies is a success story.”

On economic cooperation between the two sides, he said that bilateral trade between Qatar and Germany remained strong in 2017. Volume of Qatari-German trade amounted to 2.5 billion Euros approximately, which made Germany one of Qatar’s most important trading partners.

“As a matter of fact, we rank as number three among Qatar’s main trade, business and most important – technology partners. We look forward to be an active partner in Qatar’s Vision 2030 development plans for the country’s state-of-the art infrastructure for the gas, oil sector, transport, the new non-oil industrial base, information technology, research and technology and higher education,” German ambassador said.

German Envoy said that “We understand from our Qatari partners that they continue to look for investment opportunities in Germany, particularly in innovative sectors of the German high-tech industry. As a matter of fact, Germany’s highly innovative and specialized SMEs are called hidden champions, being the backbone of German industry and R&D. They are operating on an international level and are an important player in the field of Qatar-German technical cooperation,”  Ambassador added.

He told that over 300 German companies are registered in Qatar. Among these, a significant number are joint-ventures. A total of 27 German companies in Qatar are owned by German enterprises and more than 100 are partnering with Qatari companies. These companies operate in various fields including construction, medical equipment, project management, consulting, transport and communication, he said. German exports to Qatar are mainly high-tech machinery, turbines, cars, aircraft and spare parts, foodstuff as well as supplies to the oil and gas sector, the ambassador also said.

He said that the Qatari economy has done remarkably well over the past year despite the difficult circumstances. He added that forecasts for economic growth are expected to be between 3 and 4 percent in the years to come and Qatar has continued to invest in markets abroad. This is indicative of the resilience of the Qatari economy.

“The current situation and business environment certainly has an impact on the economy but in the long run, I am sure, it will contribute to strengthen the Qatari economy as it has accelerated efforts to diversify economic relations and opened up new business opportunities.”

He gave an example with the agricultural sector, which has seen the establishment of numerous companies over the past year making Qatar almost self-sufficient in many areas of this sector. He noted that German companies are partners for Qatari enterprises in this endeavor.

“Another example is tourism where the 2022 World Cup will certainly have positive effects as it helps establishing Qatar as an international sports hub and tourist destination, also for soccer fans and travelers from Germany and other European countries. And the German Mannschaft will definitely do better next time, I am sure,” he added.

He stressed that the Business and Investment Forum represented an important stepping stone to further intensify the bilateral trade relations, adding that Germany looks forward to using opportunities as they arise, stressing that there is definitely huge potential in bilateral relations.

On Germany’s position from the blockade imposed on the State of Qatar,  German envoy to Qatar stressed that Germany welcomes all initiatives for a peaceful resolution of the crisis for the sake of the stability of the region. He added that Germany fully and firmly supported the efforts by the Emir of Kuwait. He stressed that a strong and united Gulf Cooperation Council is in the interest of both Europe and the region. He also said that dialogue was the only way to reach a beneficial resolution, expressing appreciation to Qatar’s readiness to engage in such a constructive dialogue.

Ambassador Hans-Udo Muzel noted that Qatar and Germany were partners in the Global Coalition against ISIS, and there are German military advisors in the coalition, which has its headquarters in Qatar.