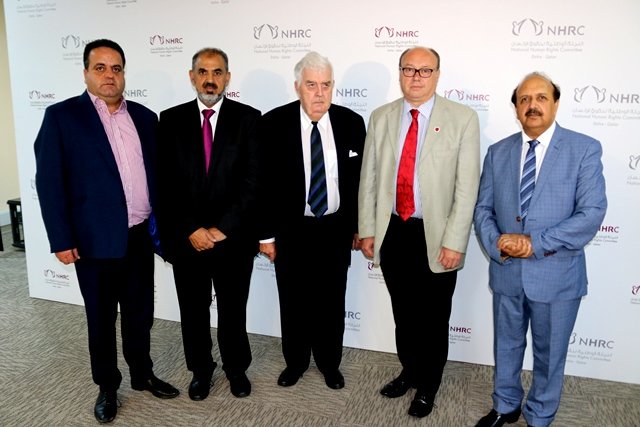 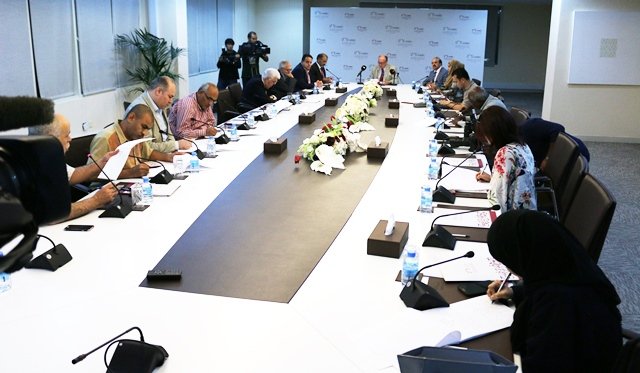 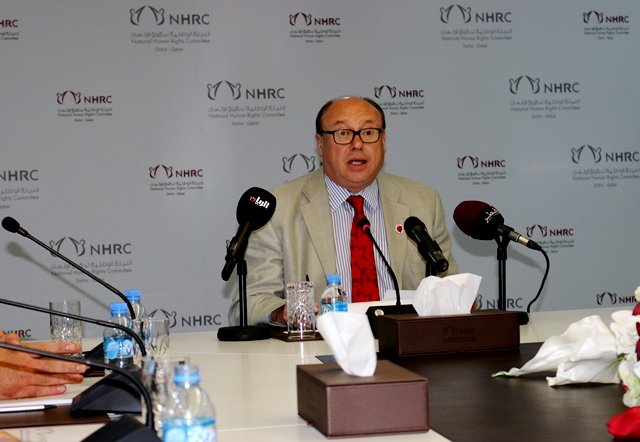 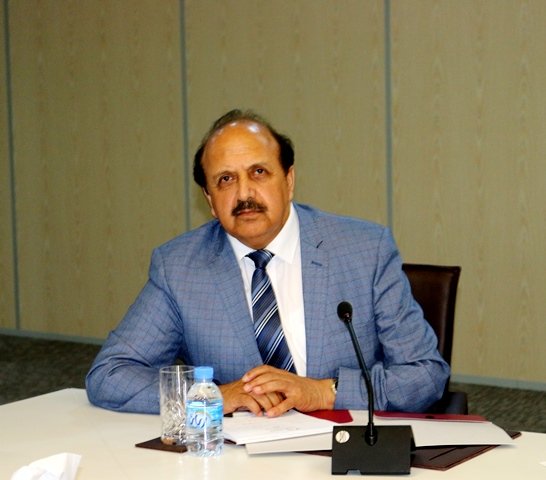 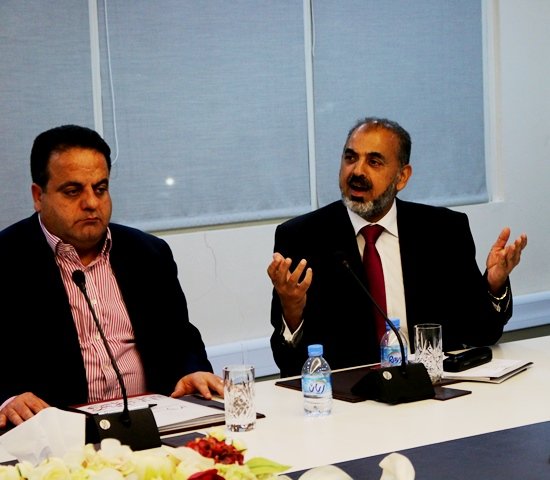 British members of the parliament have asked for immediate lifting of blocked of Qatar. Lord Grahame Morris of House of Lord  and head of the visiting eight members delegation said during his address to media at a press conference held at the Headquarters of National Human Rights Committee of Qatar.

Lord Grahame Morris, member of the British House of Lords  told media in Qatar that the delegation has met a number of victims of the blocked including local families, patients, children, traders and investors.  All members of the delegation believe these cases are real and painful. He said that they believe siege as being illegal and violating international and humanitarian laws and conventions, Lord Grahame Morris asked the blocked countries to  lift their blocked immediately.

British eight members delegation, three members from British House of Lord, one from British House of Common, two members of Arab Organisation for Human Rights in the United Kingdom (AOHRUK) and one from media are on a fact finding mission in Qatar on the impact of blocked of Qatar by the four countries, i.e. Saudi Arabia, United Arab Emirates, Bahrain and Egypt.

He said that by last week of October 2017, their report will be ready to submit to various organisations including British parliament, concerned institutions within UK and member states  of the European Union.

‘We have met a number of victims from the on-going blocked of Qatar who are passing through serious situation including students, patients, business community members, separated family members, investors, such cases are real, solid and are painful, said Lord Grahame Morris of House of Lord  and head of the visiting delegation.

He said during his address to media at a press conference that  we believe siege as being illegal and violating international and humanitarian laws and conventions, Lord Grahame Morris asked the blocked countries to  lift their blocked immediately.

Press Conference was held at the Head Quarters of of Qatar National Human Rights Committee this evening. Present on the occasion were Lord Nazir Ahmad, Lord Qurban Hussain, both also from House of Lords and Lord John KilClooney of House of Common.

Lord Grahame Morris said that he has invited Dr. Ali bin Samekh AlMarri, President of NHRC to address to British parliament and present their findings.

“These violations are painful, especially with regard to medical treatment, education, reunification, investment, mobility and the exercise of religious rites,” Lord Morris said.

He stressed that it is not only people of Qatar suffering but people of blocked countries are also victim of the crisis. Lord Morris added that the siege imposed on Qatar violates the basic human rights that should be respected rather than violated.

He pointed out that there are international obligations on the countries to abide by them, stressing that it is in everyone’s interest that the current Gulf crisis be resolved urgently.
The head of the British Parliamentary Committee, currently visiting Doha, said that the committee invited the

He said that the members of the committee will present the results of their visit to the British Parliament by last week of October. He also said that after meeting with the victims here in Qatar, and  have questioned them, we believe them and have collected number of witnesses.

Lord Grahame said that his delegation members will use their pressure on members of the parliament and the Prime Minister to push blocked countries to remove their blocked of Qatar immediately.

“The committee met with officials of the British embassy in Qatar, who said that it supports efforts to lift the siege on Qatar, which is the position of the British government itself which supports the mediation efforts of the Emir of Kuwait Sheikh Sabah al-Ahmad al-Jaber al-Sabah to end the crisis.

“The issue of Qatar is just in that it is an illegal blockade that violates international laws and human rights. The violations are documented. The region is an extended family. The blockade has greatly affected the rights of people and the ties between families. We will do our utmost to lift it. He said the committee would prepare a report on its visit to Qatar and its meetings with the victims of the siege. The report will be published in about a month, he added.