Imran Khan-Trump Meet: Pak Relations with US Are Important, But Scope Limited 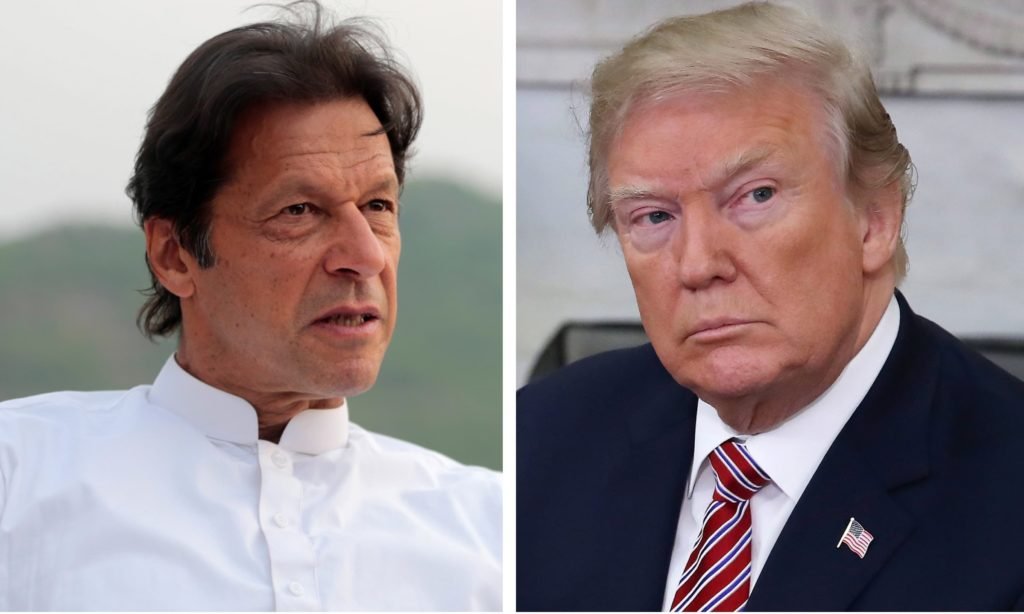 THE prime minister will meet the president of the US on July 22. The Foreign Office will prepare essential briefing materials. Leaders ignore them at their peril. Pakistan-US relations are not good. American arrogance of power and Pakistan’s punching above its weight are to blame. The prime minister will need to convince Trump not to blame Pakistan for US failures in Afghanistan and to assure him that he will do his best to enable the US to exit Afghanistan without loss of credibility. This will require actions more than words.

Pakistan’s relations with the US are important. But their scope is limited. The benefits of a better relationship with the US, while important, are circumscribed by the priority it gives India as the fulcrum of its Indo-Pacific strategy. This will not change.

US concerns about Pakistan relate to Afghanistan, ‘terrorism’ and alleged nuclear unreliability. The US regards Pakistan’s Kashmir policy and nuclear doctrine as destabilising and specifically aimed at its strategic partner, India.

Pakistan’s concerns are essentially that the US has not extended it the respect and sympathy due a sovereign country that has extended it much-needed cooperation. Pakistan is chastised or incentivised to the extent it complies with US dictates. Pakistan cannot agree with the US on everything.

Pakistan’s relations with the US are important. But their scope is limited.

The US sees Afghanistan as a test case. The Afghan peace-facilitating effectiveness of Pakistan will determine the balance of reward and punishment. To transcend this absurd situation, Pakistan must address Afghan suspicions that its Afghanistan policy is India-focused. Afghans see this focus as incompatible with a genuine respect for their independence and sovereignty. Ironically, Afghans accuse Pakistan of the same arrogance Pakistanis attribute to Indians and Americans. Investing in Afghan goodwill is plain commonsense. The blame game is a mug’s game.

The US views Kashmir as an irrelevance in a power-driven world. It sees Kashmiri freedom fighters as ‘terrorists’ similar to Baloch militants. It holds Pakistan responsible for the costs it has incurred and for the sufferings of the people of Kashmir. It regards neither UN resolutions nor nuclear weapons as relevant to a solution. The US also notes China does not support Pakistan on Kashmir. Tibet and Xinjiang ensure that. The US explicitly and China implicitly suggest Pakistan learn to live with the status quo in Kashmir so that the human rights situation there can improve, and the prospects of nuclear conflict recede.

Indian excesses in occupied Kashmir are regularly reported in US and UN human rights reports. But as long as India remains a strategic partner, its relentless repression of the people in Kashmir will not have strategic relevance for the US.

The US knows its policies on a whole range of international issues are legally, morally and strategically untenable. But its only concern is leverage. It uses FATF and the IMF against Pakistan. FATF and its India-led APG are making demands that are impossible to satisfy within the given timelines, and IMF is laying down conditions that are designed not to be met.

The IMF bailout package merely aggravates the debtor and supplicant status of Pakistan. Celebrating the prospect of another $40 billion of foreign debt is the measure of our political and intellectual bankruptcy. Over several regimes and an unchanging power structure Pakistan has followed derelict political, economic, security and diplomatic policies. Policy disasters, however, are never considered reason enough to change them. This syndrome is fatal.

The prime minister will meet an egotistical, insensitive, ignorant, and morally challenged showman POTUS. Interlocutors in Congress, NSA, State, Pentagon, CIA, academia and media, and maybe leading Democratic candidates will be more formidable. They will articulate US and Pakistani criticisms of the prime minister’s policies. The prime minister will need to come across as open to constructive criticism and willing to listen to helpful and sympathetic advice. He does not have any lack of confidence. While his criticisms of errant predecessors are in order, after a year in office, the buck stops with him.

He must candidly state his policy context which comprises Pakistan’s survival and welfare imperatives. He will not compromise them under any circumstances. The US must respect this commitment if it is to contribute to peace and stability in South Asia. The prime minister should caution that a US or Israeli assault on Iran will destroy Pakistan’s security environment including any prospect for peace in Afghanistan. It will unleash a scale of terrorism in the Middle East that will eventually topple every pro-US regime in the region. It will completely destabilise Pakistan-India relations despite glimmers of possible forward movement.

The prime minister may convey the following:

(i) There should be no militant and military activity from either side of the LoC;

(ii) Pakistan cannot accept the status quo in India-held Kashmir. The cause of a problem cannot be its solution;

(iii) Pakistan will reach out to India to develop a comprehensively improved relationship in which a principled Kashmir settlement acceptable to Kashmiri, Pakistani and Indian opinion can be achieved;

(iv) The US must realise that if Indian atrocities in IHK continue and measures to forcibly alter the composition of the Valley population are taken, no Pakistani government can just bear witness to such a crime;

(v) The US, as global leader, has a global humanitarian, political and security obligation to ensure against such dangerous developments;

(vi) Pakistan knows its responsibilities as a nuclear weapons power and the US should deal with it on a non-discriminatory basis, which it has not;

(vii) Supporting India against Pakistan is no recipe for peace;

(viii) Pakistan places the highest priority on developing broad-based cooperation and mutual understanding with the US;

(ix) Pakistan’s strategic relations with China will never be aimed at US interests;

(x) The US should avoid using the IMF, FATF, sanctions, etc as leverage against Pakistan;

(xi) Trump deserves congratulations for his initiatives towards North Korea; and

(xii) An invitation to Trump to visit Pakistan at an early date, and play a critical peace-building role in South Asia in the interests of over a billion and a half people.