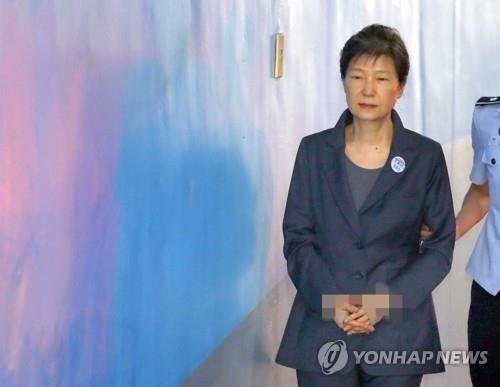 A Seoul appellate court on Friday increased the sentence for former President Park Geun-hye by one year to 25 years in a massive corruption case that led to her removal from office.

The Seoul High Court also increased her fine by 2 billion won (US$1.78 million) to 20 billion won.

The 66-year-old former president was sentenced to 24 years in prison and an 18 billion-won fine by a lower court on April 6 in a ruling that the prosecution appealed.

She was charged for conspiring with her longtime confidante, Choi Soon-sil, into forcing big conglomerates, including Samsung, to donate 77.4 billion won to two foundations under Choi’s control.

The scandal led to her removal from office by the Constitutional Court in March last year.

In the appellant trial, the prosecution maintained its demand for a 30-year jail term and an 118.5 billion-won fine for Park on July 20.

As for Choi, the court maintained the lower court’s 20-year sentence and raised the fine by 2 billion won to 20 billion won. The court commuted the sentence for Ahn Jong-beom, Park’s former chief policy aide, by one year to five years and reduced his fine from 100 million won to 60 million won.

The court included part of Samsung’s donations made to one of Choi’s foundations as bribes, reversing the lower court’s decision. It judged that there was “implicit understanding” between Park and Samsung Electronics Vice Chairman Lee Jae-yong, the heir to the business empire, about Lee’s seeking of government backing for Samsung’s merger of two group companies, deemed crucial to his control of the group.

The court agreed that Park exerted influence on the state pension service, a major stakeholder in one of the Samsung companies, to vote in Samsung’s favor.

The court also acknowledged Lotte’s 7 billion won provided to Choi’s firm was a bribe paid in exchange for an illegal solicitation. Lotte Group Chairman Shin Dong-bin is serving a sentence with the appellate verdict slated for next Wednesday.

Park was not present at the trial. She has been boycotting what she calls “politically motivated” court proceedings since last October, when the court extended her presentencing detention.

She has criticized the judiciary and prosecution for not handling her case fairly.

Friday’s trial was not broadcast live on television, unlike the lower court sentencing hearing.