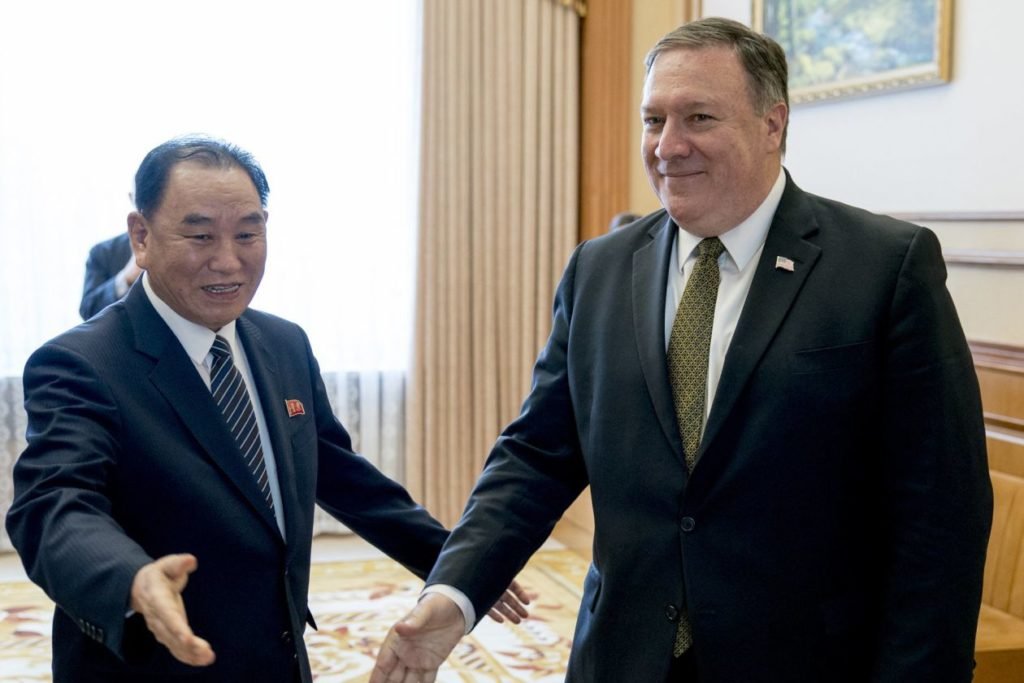 U.S. President Donald Trump said Friday he has canceled Secretary of State Mike Pompeo’s upcoming trip to North Korea because of a lack of progress in dismantling the North’s nuclear weapons program.

Trump wrote the message on Twitter a day after Pompeo announced that he will be traveling to Pyongyang next week to continue negotiations on the denuclearization of the regime.

“I have asked Secretary of State Mike Pompeo not to go to North Korea, at this time, because I feel we are not making sufficient progress with respect to the denuclearization of the Korean Peninsula,” Trump said.

“Secretary Pompeo looks forward to going to North Korea in the near future, most likely after our Trading relationship with China is resolved,” he continued. “In the meantime I would like to send my warmest regards and respect to Chairman Kim. I look forward to seeing him soon!”

Trump and North Korean leader Kim Jong-un agreed at their historic summit in June that North Korea would work toward the “complete denuclearization” of the Korean Peninsula in exchange for security guarantees from the U.S.

Negotiations to implement the deal have stalled as Washington demands concrete steps toward denuclearization and Pyongyang insists on formally ending the 1950-53 Korean War, which ended with an armistice.

Pompeo would have been making his fourth trip to Pyongyang this year, and this time with his newly appointed special representative for North Korea, Stephen Biegun.

Trump again accused Beijing, a key ally and benefactor of the North, of hampering the denuclearization process, saying in his series of tweets that he believed that was “because of our much tougher Trading stance with China.”