Another Bites The Dust 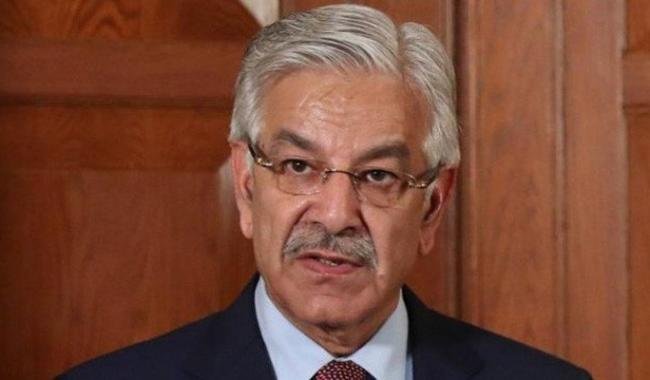 Half the country will celebrate Khawaja Asif’s disqualification as a move that will help cleanse the Augean stables. The other half will see it as another strike by the Empire to remove any lingering doubts regarding the party not to be favoured in Election 2018. That is how polarised we are as a country, almost divided at the centre about how to take this country out of the woods. And the judiciary, which is meant to be non-partisan and uncontroversial, has willing placed itself in the crossfire by assuming the responsibility of determining the fate of politicos.

Around 2003-04, when Musharraf was still the credible Messiah ordained to clean the stables for good, there were few who spoke up against his dictatorship. Kh Asif was one of them. He came to Cambridge, Massachusetts, and spoke about the regime’s heavy-handedness without mincing words. He shared how politicos were humiliated in confinement and forced to change loyalties. And NAB hounded anyone who refused to oblige. His irreverence and ability to chide an all-powerful strongman was refreshing. That was a decade and a half back.

During the PPP’s government, with the Iftikhar Chaudhry court breathing down its neck, Kh Asif was an opposition leader and litigator in equal part. He invited the Supreme Court to take cognizance of a host of corruption-related matters in the Article 184(3) jurisdiction. And the court obliged. Back then when the Chaudhry-led SC was flexing its muscle and saving us from the PPP’s corruption and mal-governance, Kh Asif was on the right side of the cleansing machine. Today the court is saving us from the wicked PML-N. And Kh Asif is thus a casualty of the same cleansing machine.

The Nawaz Sharif disqualification case is distinct from Kh Asif’s. NS’ case rested on the SC addressing foundational legal questions. Is the SC the court qualified to issues disqualification declarations on the basis of a tentative view formed without trial? Should superior courts issue writs of quo warranto against elected public office holders in constitutional jurisdiction or does the function vest in election tribunals? Should courts declare politicos unreliable on a subjective basis and impose lifetime bans or should such decision be left to the electorate?

In the NS, IK and JKT disqualification cases, relying on precedent and expanding its jurisdiction further, the SC answered all those questions in the affirmative. So the law now is (which is binding on high courts) that on the basis of information that casts doubt over the qualification of a member to contest an election in the first place, superior courts can issue writs of quo warranto. Thus, the post-election challenge to elected office doesn’t fall within election tribunals’ exclusive domain. And such disqualification also excludes any role of the speaker or the ECP.

The test for disqualification borders on being a strict liability one. If you have misstated or omitted something in your declaration forms and the court forms the view that there is some element of deliberateness in the matter, you are toast. Again, while the SC (and now the Islamabad High Court) have said that the test is objective and not subjective, it is hard to understand how a tentative view formed by courts without trial of facts and recording of evidence that rules on the guilty intent of an elected representative can be based on objective criteria.

Even in case of admitted facts, how do you determine mens rea without applying the law of evidence? The IHC ruling in the Khawaja Asif case is a distressing read. Here is a court disqualifying our foreign minister, while stating it is doing so with a heavy heart as, on the one hand, it is being dragged into the political thicket in a matter that has eaten up the court’s time in adjudicating a dispute best resolved in the political arena. And, on the other, it has had to pass an order that affects the aspirations of hundreds of thousands of voters who participated in the election.

But, notwithstanding whether courts should delve into such controversies and consequent political ramifications, the facts of the case are damning. Here is our former defence minister and foreign minister who is the full-time employee of a UAE electrical and mechanical company (that he didn’t declare in his nomination forms, even as he filed his Iqama) and is subject to an employment agreement that allows him one day of rest during the week and renders him liable to be dismissed if he absents himself from work for more than 20 days a year.

The employment contract was renewed as recently as last summer. Amongst the 1250 employees of the company, he is placed at serial no 303 between a mason and a shovel driver. The employment salary isn’t declared in his nomination forms or reconciled in tax returns. He has produced an affidavit from the foreign company’s owner, saying that the contract was only meant to comply with UAE laws and the real unstated understanding (against contract terms and UAE’s law) was that Kh Asif’s physical presence in the UAE isn’t to be enforced.

Proponents of representative democracy and civilian supremacy (in this country where praetorian shadows are overbearing and roots of self-governance weak) are caught between a rock and a hard place. The revelation that the foreign minister of a country is a full-time employee of a two-bit foreign company and a phone call away for discharge of services for which he receives a monthly salary would be a scandal and an embarrassment in any democracy. In ours it embellishes the argument that all politicos are dodgy, dirty and unworthy of state responsibility.

Even if you like Kh Asif, his moonlighting for a UAE company is unjustifiable. On the merits of his case, even right thinking supporters of the PML-N would struggle to defend him. But when you place the matter in the backdrop of the disqualification of NS, the coup within the Balochistan Assembly, the triumph of the Sanjrani-model in the Senate elections, defections from the PML-N and the growth of independent electables, and shrinking civilian authority in the state, Kh Asif’s ouster a few months prior to the election will be projected as part of a pattern and not an isolated event.

And this is where the problem lies with the forced cleansing model. The urge to defend one’s autonomy and liberty comes naturally to humans. If you provide them information and allow them to make informed choices, they make rational and sensible decisions. But if you patronise them and force choices upon them, they resist. When the Panama scandal broke, even diehard supporters of the PML-N had their heads hanging in shame. It was the sense that political consequences were being engineered in an unjust fashion that ushered them back into NS’ camp.

Courts are to function as neutral arbiters of law. The problem with appointing courts in charge of the political cleansing machine is that it embroils them in political controversy. If the rulings they render appeal to half the population with one set of partisan preferences and are conceived as a witch-hunt by the other half with the opposite set of partisan preferences, the impartiality of judiciary comes under question. The judiciary can either be seen as unbiased machinery for the enforcement of the fundamental rights of all citizens or one for political cleansing.

The third problem with this cleansing model is that it doesn’t deliver. We have witnessed various formulations of this model. The last one promised to bring in the progressive educated lot into politics, with the ouster of non-graduates and with the corrupt being devoured by NAB. That didn’t change a thing. We have the same old wine still being served around, some in old bottles and some in new. The present model is based on the solid idea that anyone who vies for public office must be squeaky clean. But the problem emerges when it is selectively enforced.

The present model will end as the previous ones. Then what options are we left with? Will history repeat itself with another phase of full-time praetorianism or will we be back to square one? One gets the feeling that our days as guinea pigs aren’t over yet.

The writer is a lawyer based in Islamabad.