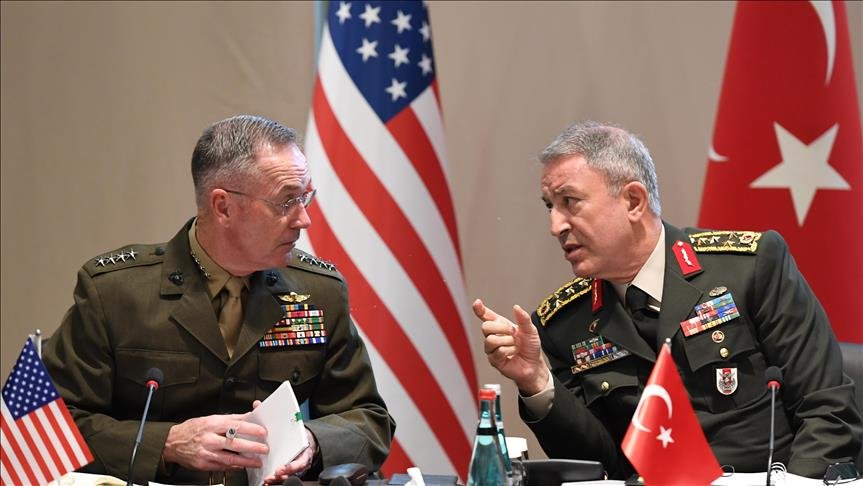 U.S. Joint Chiefs of Staff Chairman Gen. Joseph Dunford spoke with his Turkish counterpart Hulusi Akar over the phone on Friday, according to the Pentagon.

“The two leaders discussed the current security environment in Syria and the Middle East in addition to other mutual items of interest,” Joint Staff Spokesperson Col. Patrick S. Ryder said in a press statement.

“They additionally discussed ways to strengthen cooperation to address security concerns facing our nations,” he said.

Ryder also emphasized that Dunford and Akar had met multiple times as part of maintaining regular communications between NATO allies.

The Turkish General Staff said Akar and Dunford discussed regional security issues and exchanged views on mutual cooperation, according to a statement.

Doha, 25 June 2022 THE Embassy of Nepal and the Non-Resident ...
END_OF_DOCUMENT_TOKEN_TO_BE_REPLACED