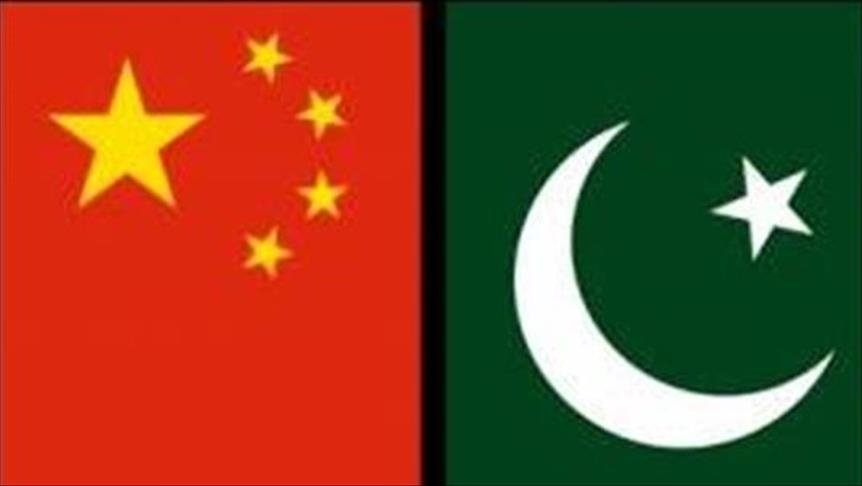 By Islamuddin Sajid and Aamir Latif

Pakistan and China, longtime Asian allies, kicked off celebrations this week to mark the 70th anniversary of their diplomatic relations, which have progressed from formal diplomacy to strategic partners in recent decades.

The year 2021 marks the completion of 70 years of diplomatic relations between the two countries, established in May 1951. The celebrations began with a virtual ceremony held simultaneously in Islamabad and Beijing on Tuesday as both nations plan a series of events to commemorate the historic milestone until May 21.

Often cited as “deeper than oceans,” and an “all-weather friendship,” Sino-Pakistan ties have expanded from defense and diplomacy to economy and energy over the past three decades, making Beijing the largest trade and defense partner of Islamabad.

The first highest-level official contact between the two countries began with a meeting between Pakistan’s former Prime Minister Mohammad Ali Bogra and his Chinese counterpart Zhou Enlai at the Bandung, Indonesia Conference in 1955.

The contact was followed by the respective visits of Pakistani Premier Hussain Shaheed Suharwardi to China and Premier Zhou to Pakistan in the coming years. The signing of the boundary agreement between the two countries in 1963, however, is viewed as the foundation for today’s partnership between the “iron brothers.”

Islamabad also supported Beijing in its successful bid to reclaim its permanent seat at the UN in 1971.

Apart from backing Pakistan in the 1965 and 1971 wars against arch-rival India, China supported Islamabad’s efforts to maintain security balance in the region after New Delhi joined the elite nuclear club in 1974.

China was accused by Western countries and their media of quietly helping Pakistan develop its nuclear capability in the 1980s, despite Islamabad being a US ally in the first Afghan war against the crumbling Soviet Union.

“Pakistan-China relations are quite unique. And probably without precedent in the recent diplomatic history of the world,” said Mushahid Hussain, chairman of the Senate’s foreign relations committee.

“As the relationship between two neighbors unequal in size and social systems, but bound together by mutual interests, which have been reinforced over the past decade,” Hussain, a journalist-turned-politician, told Anadolu Agency.

Referring to Pakistan’s support for the One-China policy and Beijing’s backing of Islamabad on the lingering Kashmir dispute, he further said, “Both countries support each other without any traditional give and take.”

Echoing Hussain’s views, Sabah Aslam, head of the Islamabad-based think tank, Institute of Conflict Resolution, said: “In these 70 years, the world has seen a significant global political shift. However, one thing prospered, the bond between China and Pakistan.”

This “brotherly bond,” she opined, has more to offer than just strategic partnership. “That is why it is called an all-weather bond.”

The $64 billion CPEC was signed in 2014 with the aim of connecting China’s strategically important northwestern province of Xinjiang to the Gwadar port in southern Pakistan through a network of roads, railroads, and pipelines for transporting oil, gas, and shipments.

In December 2020, Beijing lent a $1 billion soft loan to Islamabad to repay Saudi Arabia, the second installment of a $3 billion loan Pakistan had borrowed to prop up its depleting foreign reserves in 2018.

“Pakistan-China relations, in fact, have remained a factor of stability in the region. While being neighbors they share borders and therefore have many stakes, yet the strength of their relationships lies in mutual respect, mutual trust, and the win-win approach that the leaderships and peoples of both countries have consistently followed,” said Khalid Rahman, Chairman of the Islamabad-based think tank, Institute of Policy Studies.

“With CPEC and BRI in progress, new vistas of cooperation have opened up both for bilateral as well as regional and global development,” he told Anadolu Agency.

Pakistan facilitated a landmark secret visit of Henry Kissinger, then US National Security Advisor, to Beijing in 1971. Widely viewed as a harbinger of rapprochement between America and China.

During the Cold War, though Islamabad was a close US ally against the communist world led by the now-defunct Soviet Union, it successfully maintained a balance in its ties with Beijing and Washington.

Analysts say this balanced approach has helped Pakistan deal with tense relations with Washington when it has taken different approaches in Afghanistan or tilted towards New Delhi on a number of occasions.

Islamabad has time and again rejected Washington’s overt criticism of the CPEC, which the latter sees as Beijing’s bid to expand its footprint in the region.

“There is a complete consensus in Pakistan on CPEC’s indispensability for our national development,” the country’s Foreign Minister Shah Mahmood Qureshi said while addressing Tuesday’s virtual ceremony.

It was Beijing that, together with Turkey and Malaysia, has thrice thwarted the US and India-sponsored moves to place Islamabad on the blacklist of the Financial Action Task Force – a global money-laundering watchdog – since 2018.

The fast-changing global and regional scenarios, according to Hussain, have compelled the two sides to further enhance their economic and military cooperation.

“In India, we have the [Prime Minister Narendra] Modi government, which has taken extreme measures and is also fighting on the border with China. The US is talking about a new Cold War, which Pakistan opposes,” he said, referring to the first deadly clash between the Indian and Chinese armies in the last 45 years in the disputed Ladakh region in June last year.

The military standoff followed New Delhi’s unilateral decision to separate Ladakh from the disputed Jammu and Kashmir and to revoke the Himalayan region’s semi-autonomous status in August 2019, a move vehemently opposed by Beijing and Islamabad.

“Both sides need each other in this new relationship, which is now being reinforced by new realities,” Hussain said.