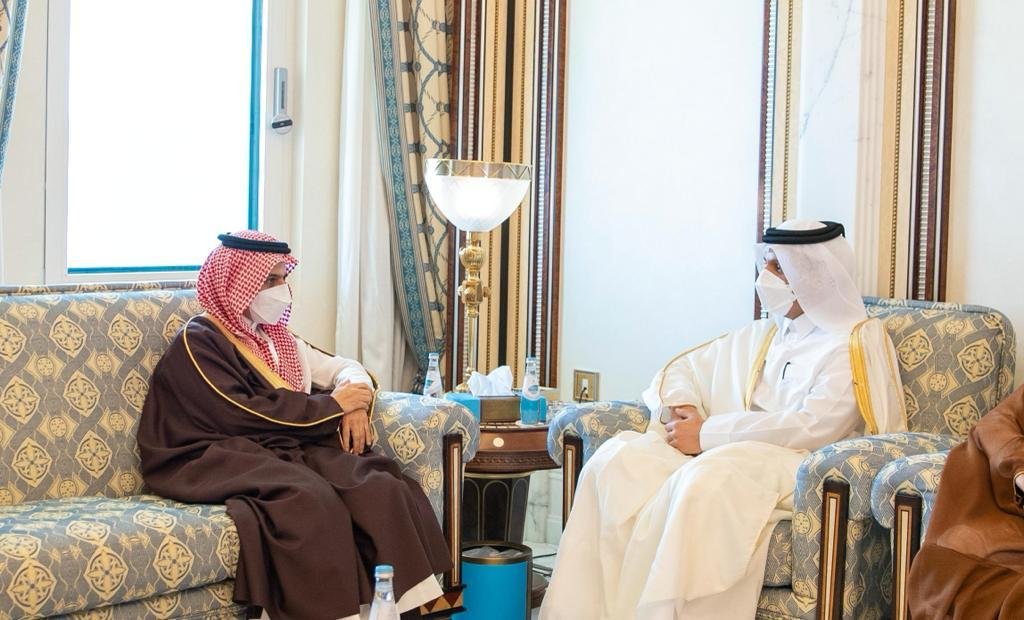 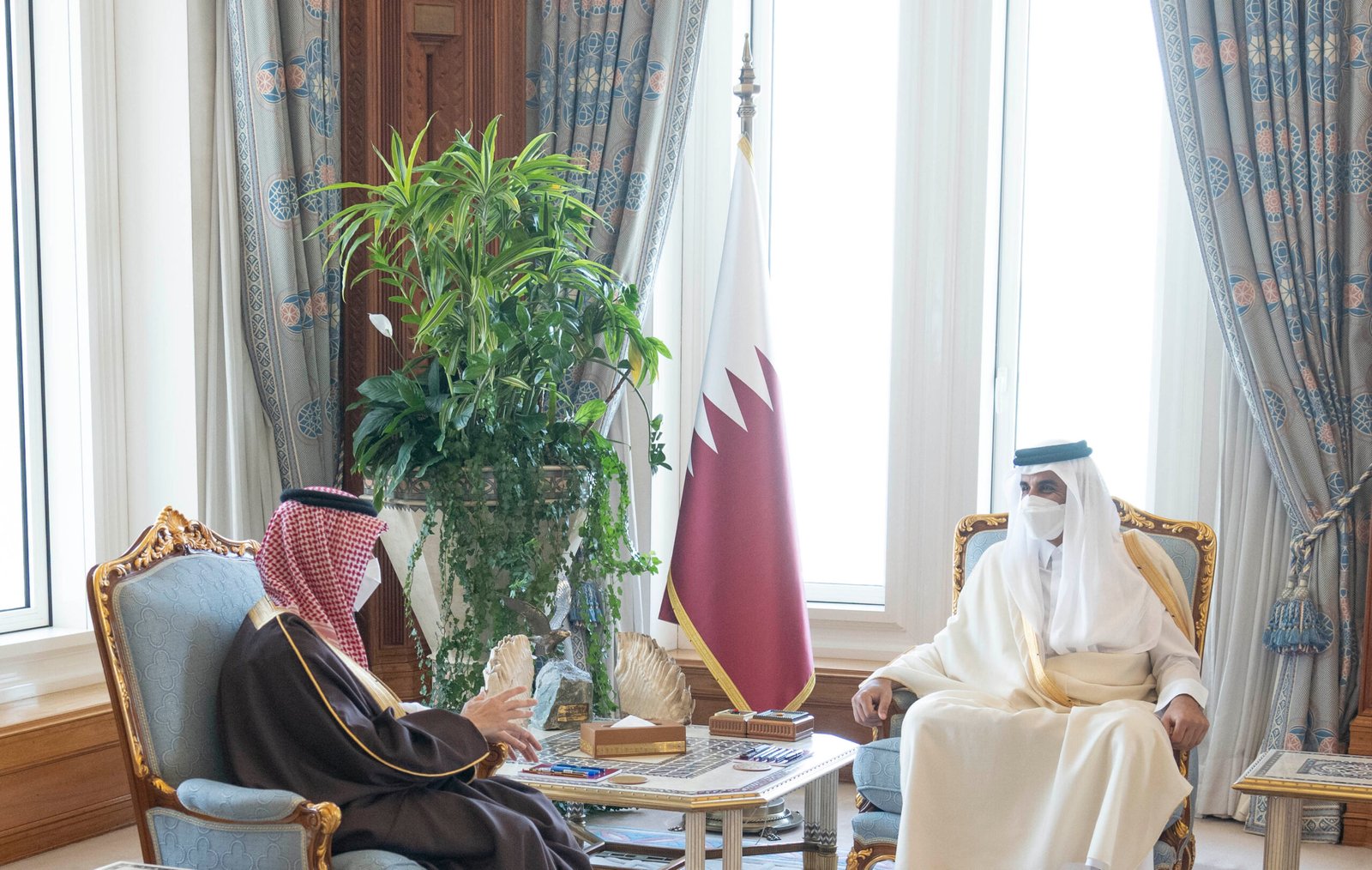 Amir of State of Qatar Sheikh Tamim bin Hamad Al Thani has received a verbal message from the Custodian of the Two Holy Mosques King Salman bin Abdulaziz Al Saud of the sisterly Kingdom of Saudi Arabia, pertaining to the deep fraternal relations between the two brotherly countries and ways of supporting and enhancing them, in addition the most prominent regional and international developments.

The message was conveyed by Saudi Minister of Foreign Affairs Prince Faisal bin Farhan bin Abdullah Al Saud, during a meeting with The Amir of Qatar  at the Amiri Diwan office this morning.

At the outset of the meeting,  Minister of Foreign Affairs of the Kingdom of Saudi Arabia conveyed the greetings of the Custodian of the Two Holy Mosques to  The Amir, wishing  The Amir every success, and the Qatari people further progress and prosperity.

The Amir of Qatar entrusted Prince Faisal bin Farhan bin Abdullah Al Saud to convey his greetings to the Custodian of the Two Holy Mosques, wishing him good health and the Saudi people further progress and prosperity.

This visit comes after the Al-Ula summit in the Kingdom of Saudi Arabia, as an affirmation of the strong fraternal relations between the two peoples and the two countries as well as the strong and sincere desire of the leaderships of the two countries to strengthen Gulf and Arab unity and develop the process of cooperation in a way that enhances security and peace in the whole region.

Top diplomats of both the countries reviewed bilateral cooperation relations and strengthening the progress of the Gulf Cooperation Council, in addition to the latest developments in the region.