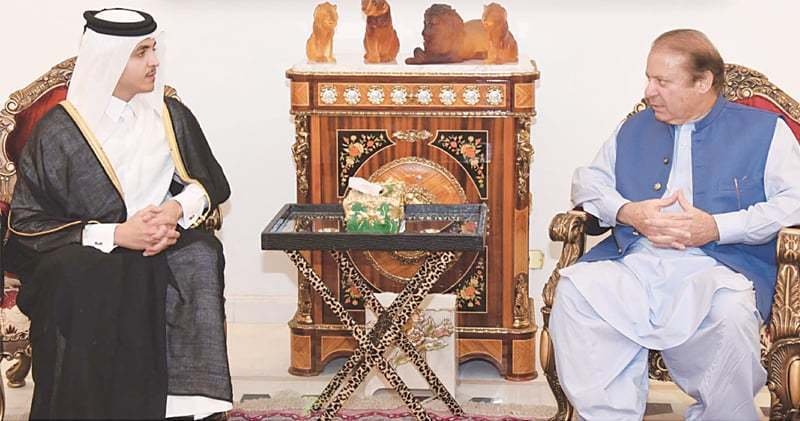 Sheikh Thani bin Hamad AlThani, on behalf of Amir of Qatar, Deputy Amir of Qatar and State of Qatar conveyed condolences on death of the wife of Mian Nawaz Sharif.

‘On behalf of His Highness Amir of Qatar, His Highness Deputy Amir of Qatar and State of Qatar I conveyed condolences to former Prime Minister of Pakistan Nawaz Sharif on death of his wife, I ask AlMighty Allah for His mercy on her’

Begum Kulsoom Nawaz was buried in Lahore on Friday evening in presence of thousands of people who  came to attend her funeral across the country.  She died on 11th of September in a London Hospital after a long year of sickness.