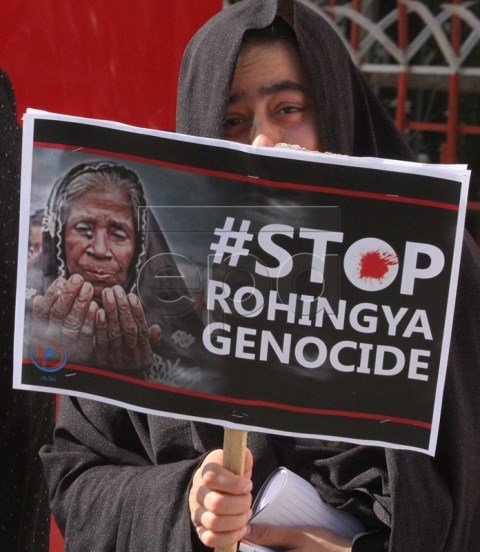 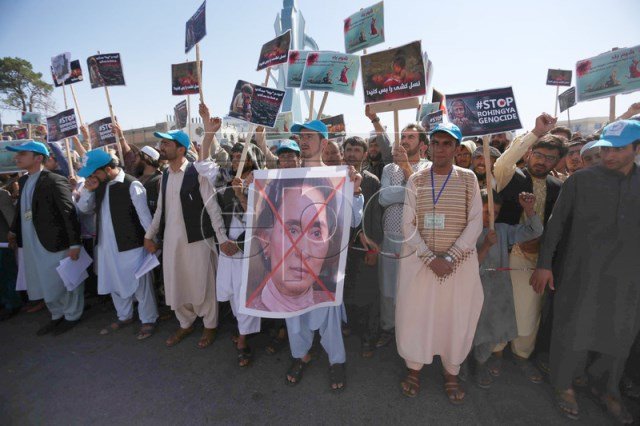 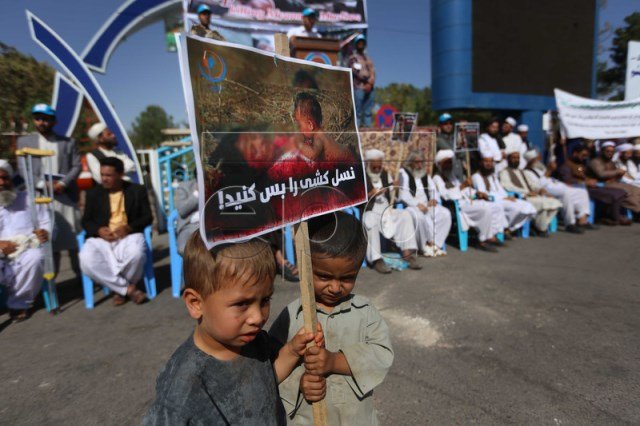 Thousands of Afghans took to the streets on the second consecutive day Thursday to denounce ongoing violence in Myanmar’s Western Rakhine state.

A string of protest demonstrations by the devotee Muslim nation in various cities erupted since Wednesday.

Fresh violence erupted in Rakhine nearly two weeks ago when security forces launched an operation against the Rohingya community.

It triggered a fresh influx of refugees to neighboring Bangladesh, which already hosted around 400,000 Rohingya.

According to the UN refugee agency, 164,000 Rohingya had crossed into Bangladesh by Thursday. Tens of thousands have been forced from their homes and remain in Myanmar.

In the capital Kabul, the demonstrators gathered outside the United Nations Assistance Mission for Afghanistan office. They chanted slogans against the Myanmar authorities, urging the human rights organizations and the UN to play their due role in stopping the “genocide”.

Hundreds of protesters also held a rally at the Eidgah Mosque in downtown Kabul to condemn the mistreatment of Rohingya Muslims.

Attaullah Faizani, an organizer of the demonstration, told Anadolu Agency on the occasion that the purpose of protest is to express solidarity with the Muslims in need.

Demonstrations in other cities

“Despite all the troubles and insecurity here [in Afghanistan], we can at least raise our voices for the poor and oppressed people of Myanmar, and urge the international community to intervene to resolve the crisis”, he said.

Similar demonstrations were attended by a large number of protesters in eastern Jalalabad and northern Sheberghan cities Thursday.

The country’s Ministry of Foreign Affairs has already condemned the “massacre” of Rohingya Muslims.

“The Ministry of Foreign Affairs while very strongly condemning the brutal and anti-human attacks by the country’s [Myanmar] military against its Muslims population very strongly, calls upon the United Nations and the human rights institutions of the world to take serious notice of the genocide and massacre of Muslim and oppressed people in Burma [Myanmar]”, it said in a statement on Monday.

Rakhine has seen simmering tension between its Buddhist and Muslim populations since communal violence broke out in 2012.

A security crackdown launched last October in Maungdaw, where Rohingya make up the majority, led to a UN report on human rights violations by security forces that indicated crimes against humanity.

The UN documented mass gang-rape, killings — including babies and children — brutal beatings and disappearances. Rohingya representatives have said approximately 400 people were slain during the crackdown.