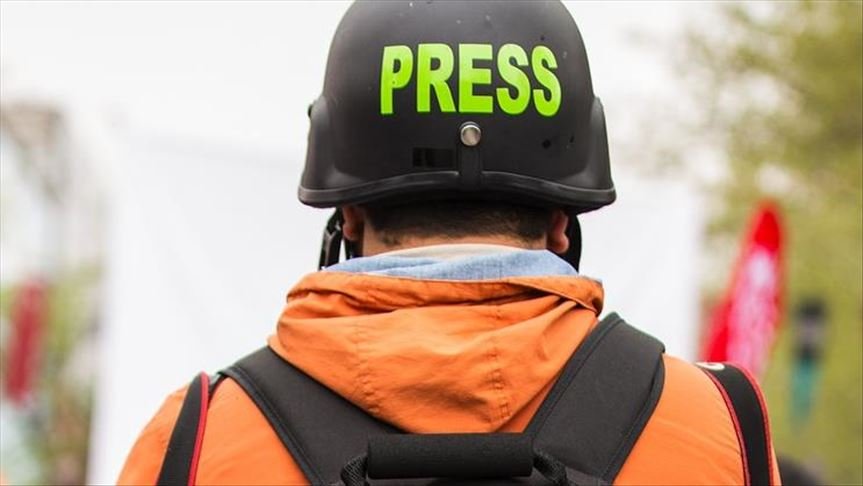 Hundreds of journalists have written a letter to Indian Prime Minister Narendra Modi calling for the release of Kashmiri journalist Asif Sultan who was detained two years ago.

The letter, released by the Committee for Protection of Journalists, has been signed by 400 journalists and civil society members worldwide.

Sultan was arrested on Aug. 27, 2018 and booked under a controversial anti-terror law.

“But interviewing alleged militants or having sources who are critical of the government is within the scope of a journalist’s job and does not implicate them in any crime. Events in Kashmir are of public interest, and covering them is a public service, not a criminal act,” the New York-based non-profit group said in the letter.

Sultan’s trial which began in June 2019 was slow and the authorities have repeatedly denied him bail, it added.

“Police have reportedly interrogated him about his writing and asked him to reveal his sources,” the letter reads.

The 34-year-old journalist covered politics and human rights for Kashmir Narrator, a monthly news magazine published from Srinagar, capital of the Indian-administered Jammu and Kashmir. He is married and has a 2-year-old daughter, who was six months old when he was arrested.

Showkat Motta, the editor of Kashmir Narrator, told Anadolu Agency: “Asif was framed. He has been targeted for his bold journalism.”

He wrote for the magazine a detailed profile of Burhan Wani, a top militant leader who was killed in an encounter with the Indian forces in 2016 and has since become a symbol of protests against the government in the disputed territory.

The journalist is languishing at the Srinagar Central Jail, where reportedly more than 100 prisoners have tested positive for the coronavirus.

There is no immediate response from the Modi-government on the statement.

In a related development on Thursday, seven leaders and workers of the People’s Democratic Party, a pro-India political party that shared power with the ruling Bharatiya Janata Party in Jammu and Kashmir until 2018, were detained on Thursday.

Party spokesman Suhail Bukhari told Anadolu Agency the members were holding a peaceful protest outside the gate of the party headquarters in Srinagar when police took them away.

“They were holding placards and seeking the release of political prisoners detained since August 5 last year,” he said, referring the date when New Delhi scrapped the special status of the country’s only Muslim-majority state and split it into two federally administered territories.

Simultaneously, the government locked the region down, detaining thousands of people that include dozens of top politicians, imposing movement restrictions, and enforcing a communications blackout.

Some Kashmiri groups in Jammu and Kashmir have been fighting against Indian rule for independence or for unification with neighboring Pakistan.

According to several human rights organizations, thousands of people have reportedly been killed in the conflict in the region since 1989.