A Timeline of Qatar-GCC Disputes 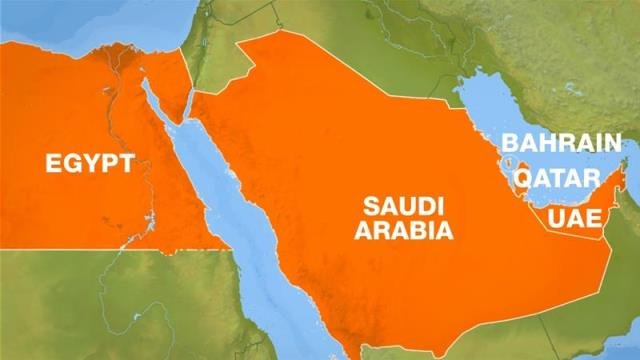 In a series of statements released on Monday, the governments of Saudi Arabia, the United Arab Emirates (UAE), Bahrain and Yemen – along with Egypt, Libya and the Maldives – announced they were severing ties with Qatar. The move came at the end of a few weeks of rising tensions between Qatar and its GCC neighbours.

Below is a brief history of regional discord over the years.

June 5, 2017:
Bahrain, the UAE, Saudi Arabia and Egypt announced they will sever ties with Qatar.

Saudi Arabia, Bahrain and the UAE allowed Qatari residents in and visitors to their countries two weeks in which to return to Qatar.

Saudi also expelled Qatar from its coalition leading the war on Yemen.

The Ministry of Foreign Affairs of Qatar responded by saying there is “no justification” for the severing of ties.

June 4, 2017:
Media reports emerged of the hacking of the email account of Yousef al-Otaiba, the UAE’s ambassador to the United States. The emails revealed ties between Otaiba and a pro-Israel think-tank in Washington, along with efforts to undermine the image of Qatar – and, to some extent, Kuwait – internationally, including Emirati requests to move the US forward Central Command operations from the airbase in Qatar’s al-Udeid to the UAE.

May 23, 2017:
The website of the Qatar News Agency was hacked, and a statement falsely attributed to the emir of Qatar, Sheikh Tamim bin Hamad Al Thani, is published.

The hacking was announced by Qatari officials, who said the statement published was false. It was later announced that the FBI would help Qatar to solve the question of who had undertaken the hacking.

In spite of the official denial, a number of regional media outlets continued to quote the hackers’ statement and attribute it to the emir.

2015:
A media report by the Daily Mail revealed that the government of the UAE had been paying a UK consultancy firm for the past six years to “promote and achieve the foreign policy objectives of the UAE”, and that “all the activities as part of this agreement will be carried out in strict confidence”. Among the tasks assigned to the firm was briefing British journalists about Qatar, which resulted in a campaign accusing Qatar of funding “terrorism”.

November 2014:
Saudi Arabia, the UAE and Bahrain agreed to return their ambassadors to Doha after eight months of tension and frozen relations between the three countries and Qatar.

March 5, 2014:
Saudi Arabia, the UAE and Bahrain suspended ties with Qatar over its support for the Muslim Brotherhood, a group labelled a “terrorist organisation” by both Saudi Arabia and the UAE.

Qatar was accused of breaching the 2013 GCC security agreement, of failing to commit to promises it made not to interfere in the internal affairs of fellow GCC states, and of harbouring “hostile media”, referring to the Doha-based Al Jazeera.

March 3, 2014:
A Qatari citizen, Mahmoud al-Jaidah, was sentenced to seven years in jail in the UAE, charged with supporting al-Islah, described as an Islamist political society and seen by Emirati prosecutors as a branch of the Muslim Brotherhood.

2011:
The Arab Spring had little effect domestically on the countries of the GCC, with the exception of Bahrain, which saw some upheavals. However, Saudi Arabia and Qatar were seen as backing different sides in the unrest that gripped the Arab world, and tensions began to surface.

2010:
Sheikh Hamad bin Khalifa Al Thani, then the emir of Qatar, pardoned an unknown number of Saudi citizens accused of taking part in a coup against him. This was in response to a request by Saudi’s King Abdullah.

The pardon played a large role in improving relations between the two countries.

July 2008:
Qatar and Saudi Arabia agreed to demarcate their border after years of tension.

Crown Prince Sultan bin Abdul Aziz visited Doha to signal a thawing of relations, which had been frozen since the 2002 withdrawal of the Saudi ambassador from Doha.

2006:
Saudi Arabia withdrew its approval for Qatari plans to build a gas pipeline to Kuwait, which would have passed through Saudi territorial waters.

The memorandum of understanding between Qatar and Kuwait had been signed in 2000, and according to the memorandum, Kuwait would be importing gas from Qatar. Saudi gave its agreement for the pipeline to pass through its territorial waters in 2003, and the following year, Kuwait agreed to import the gas in a liquefied state by tanker until the pipeline was built.

Saudi also protested a plan to build a pipeline taking Qatari gas to the UAE in 2006, and in 2005 protested a plan to build a bridge linking Qatar to the UAE. A similar project for a bridge between Qatar and Bahrain also stalled; construction was meant to begin in 2008 but changed plans and financial obstacles have prevented the project from taking off.

2002:
Saudi Arabia withdrew its ambassador from Doha in reaction to controversial comments that were made on the Al Jazeera satellite channel by Saudi dissidents critical of the Saudi ruling family.

2000:
Then Crown Prince Abdullah bin Abdul Aziz of Saudi Arabia boycotted an Organization of the Islamic Conference summit held in Doha in protest of Qatar’s trade relations with Israel.

Border disputes
1996: Qatar and Saudi Arabia signed a border demarcation agreement. The whole process took three years to complete, but the border issue was not settled until more than a decade later.

1992:
A 1965 agreement between Qatar and Saudi Arabia set the borders between the two, but in 1992 a border clash resulted in three deaths. Qatar claimed that Saudi Arabia had attacked its border post at Khafus, while Saudi Arabia countered that the clash was on Saudi territory and had occurred between Bedouins from the two sides.

1991: Qatar referred the border dispute with Bahrain over the Hawar Islands to the United Nations International Court of Justice.

Also under dispute were the town of Zubara on mainland Qatar, the Janan Islands, and a number of reefs vital in establishing maritime boundaries.

An armed confrontation between the two countries was only narrowly avoided with Saudi intervention in 1986.

The ICJ decided that Bahrain had claim over Hawar Islands and one of the reefs, while Qatar was awarded the other reef, Zubara and the Janan Islands.