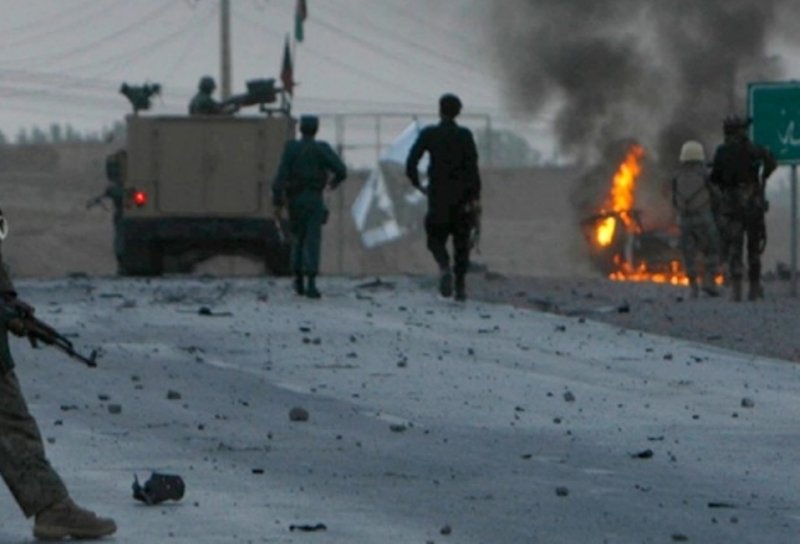 Eight policemen have been killed, five others caught alive and seven wounded as a result of Taliban attacks in Paktia and Herat provinces, officials said on Tuesday.

Six policemen were killed and five others seized by the militants in the Zurmat district of southeastern Paktia. A police officer, who wished to unnamed, told Pajhwok Afghan News the Taliban attacked security check-post in the Loi Diwal locality of the district late on Monday night.

He said six policemen were killed and five others captured alive. The Taliban militants also seized some weapons and ammunitions belonging to the security forces, the official revealed.

Hakeem Waziri, the district administrative chief, confirmed the overnight attack and said two policemen were killed. However, he had no information about the wounded.

Samiullah Seddiqi, first police district chief, said the check-post in the Ibrahimkhel locality of Gardez came under attack. At least two policemen were killed while 12 Taliban died in return fire from the security forces.

In western Herat province, two policemen were killed and seven others wounded during a clash in Kashk-i-Kohna district.

Lal Mohammad Omarzai, the district’s administrative chief, said the Taliban stormed a security check-post in the Darzak locality of the district.

He said two policemen were killed and seven others wounded in the ensuing \clash. The injured security personnel are said to be in stable condition.

Abdul Ahad Walizada, the governor’s spokesman, confirmed the incident and said details would be shared with the media once an investigation into the attack was completed.

In another Taliban attack as reported by Khaama News Agency, A relatively heavy explosion rocked Kandahar city the provincial capital of Kandahar province in South of Afghanistan this afternoon.

According to the preliminary reports, the incident took place after a suicide bomber detonated a vehicle packed with explosives.

A security source in Kandahar says the incident has taken place in the vicinity of the 4th police district of the city and as a result at least two people have been killed and twenty five others have sustained injuries.

The provincial hospital officials are saying that the dead bodies of at least six people have been shifted to the hospital along with at least 30 others who have sustained injuries.

However, another source says at least 9 people have been killed and more than 30 others have sustained injuries in the attack.