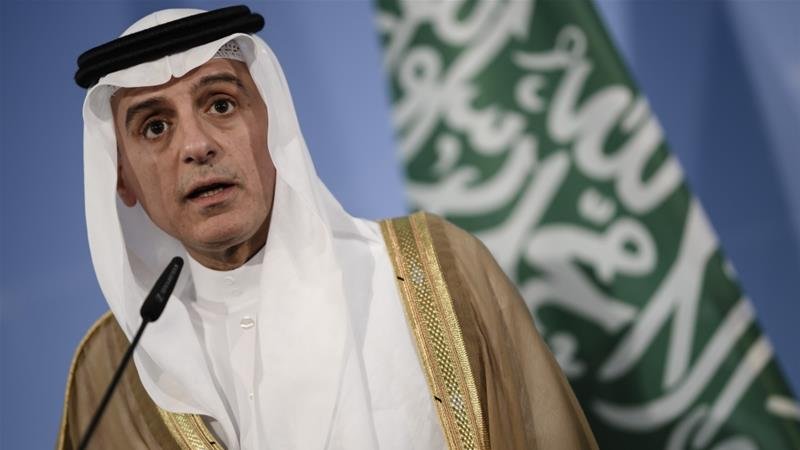 A joint statement by Saudi Arabia, Bahrain, Egypt and the UAE has placed 59 individuals and 12 organisations – Qatar based or funded by Qatar – on a “terror list”.

Qatar’s foreign minister said the country will never surrender to the pressure being applied by its Arab neighbours and will not change its independent foreign policy to resolve disputes that have put the region on edge.

“This is in light of its commitment to fighting terrorism, drying up the sources of the funding of terrorism, combatting extremist ideology and the instruments of spreading and publicising it, joint action to end it and fortify societies from it,” the statement read.

“[This is] as a result of the continued violation of the authorities in Doha of the commitments and agreements it signed, including the commitment to not support or shelter elements or groups that threaten the security of countries.”

The 18 Qataris named on the list includes businessmen, politicians and senior members of the ruling family including a former interior minister.

Saudi Arabia and allies including the UAE, Bahrain and Egypt – which is not a GCC member – on Monday cut diplomatic ties with fellow Gulf Cooperation Council (GCC) state Qatar over claims Qatar supports “extremism”.

He also said Qatar’s Emir Sheikh Tamim bin Hamad Al Thani would not leave the country while it was “in blockade”, and therefore could not attend an offered mediation by US President Donald Trump at the White House.