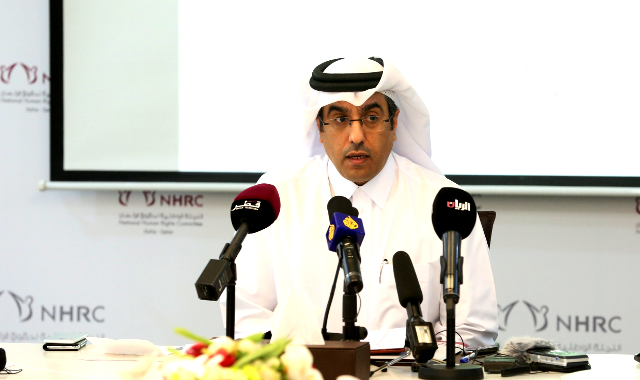 Dr Ali AlMarri told that due to the severed diplomatic relations with Qatar by Saudi Arabia, the UAE and Bahrain, and cut off land, air and sea traffic routes, banned travel to Qatar for citizens from these countries, in addition to banning travel into the four countries for Qatari citizens has violated international and regional human rights agreements and conventions to which these states have acceded.

These grave violations not only affect the rights of Qatari citizens, but also infringe the civil, economic, social and cultural rights of Non-Qataris and on free movement on citizens of Saudi Arabia, United Arab Emirates and Bahrain.

He said that total number of citizens affected by the decisions and actions taken by these countries is estimated at 11,387. The statistics do not include Qatari citizens residing in these countries.

He said that due to such decision, violations to right to freedom of movement, residence, private property as well as students obtaining education across these states and business interests are affected.

Dr. Ali AlMarri told that Of this total, we have identified some other violations of the right to work and the right to education.

Violations to the right to work, official statistics indicate the following :

All of whom will be forced to leave their jobs in the State of Qatar and return to their countries after receiving instructions from their countries in this regard, otherwise they shall be subjected to punitive and arbitrary measures.

3- With regard to the right to education, official statistics indicate the following:

These numbers refer to the students from the three countries who are enrolled in the University of Qatar without referring to other universities.

Chairman Human Rights Committee of Qatar said that violations of family reunification have caused some psychological effects on children and women, where the failure to seek to stop these violations immediately will inevitably lead to the disruption of family and social ties.

Dr. Ali AlMarri told that Legal Affairs Department of the National Human Rights Committee received more than 400 complaints submitted by Qatari and non-Qatari citizens who reported that they were severely affected by the decisions.

‘ Most of the complaints received are related to civil, economic, social and cultural violations resulting from banning travel of citizens, violation of the right to movement, forced deportation of families and children deprivation of their mothers and fathers, in addition to complaints submitted by Qatari nationals whose businesses in the UAE, Saudi Arabia and Bahrain are affected where they are forced to leave their jobs, and businesses and return to Qatar, he said.

‘Some complaints also involved forcing Qatari students to leave immediately and not being allowed to complete the final semester exams in some of the countries mentioned, Dr. Ali AlMarri told.