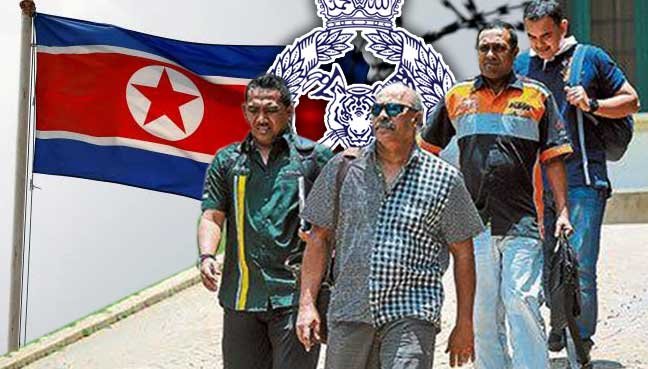 Jong Nam was assassinated on Feb 13 while waiting for a flight to Macau after he was suddenly grabbed by two women, who wiped his face with the VX nerve agent.

Two women, Siti Aisyah, 25, from Indonesia, and Doan Thi Huong, 29, from Vietnam, were charged at Selangor Magistrate’s Court for murder on March 1.

An Air Koryo employee Kim Uk Il, 37; Hyon Kwang Song, 44; Second Secretary in North Korean embassy, Kuala Lumpur and Ri Ji U, 30, who is also known as James, are among the eight men currently being sought by police to assist in the investigation.

More than a month after the assassination of Kim Jong Nam, Malaysian police finally managed to enter the North Korean embassy in Kuala Lumpur. Four police officers stayed in the embassy for two hours, took the statements from three North Korean suspects regarding the murder, reported China Press.

The visit comes amid reports that Jong Nam’s body had been taken out of the National Forensic Institute at the Kuala Lumpur Hospital here today for what was believed to be “religious rites”.

‘The New Straits Times’ reported that Jong Nam’s remains were transported in a white Toyota Vellfire to Cheras for the “religious rites” about 0200 PM.

It was unclear if the body was cremated, buried or returned to the mortuary afterwards, the newspaper said.

It was reported previously that the deceased’s family had expressed their wish for the Malaysian government to take care of his remains.

Another North Korean suspect, Ri Jong Chol, was remanded on Feb 18, but was released due to lack of evidence and was subsequently expelled from the country on March 3.