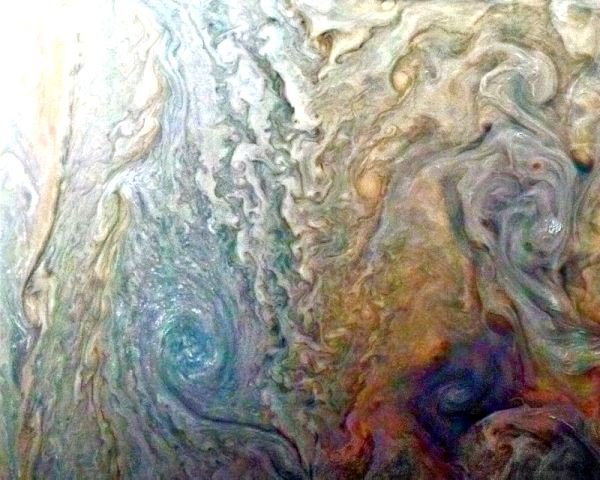 NASA has managed to capture some pretty stunning photos of all the cool stuff they’ve spotted over the years, and rarely does it fail to amaze. There’s images of planet surfaces, the rings of Saturn, and even black holes flying through space totally unchecked. Rarely, however, does a photo look so unreal that at first glance you’d be likely to mistake it for a work of Earthling art. A new photo captured by NASA’s Juno spacecraft falls into that category, and oh what a sight it is.