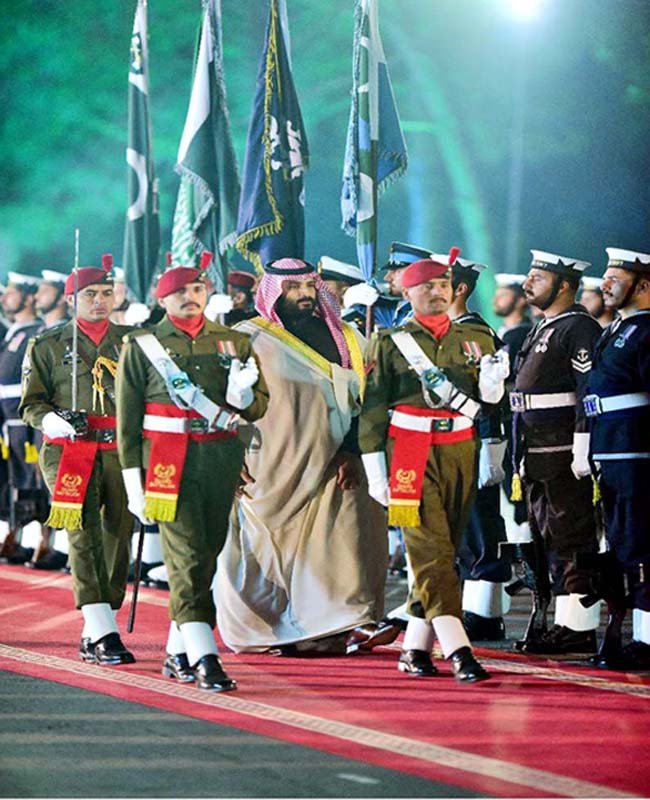 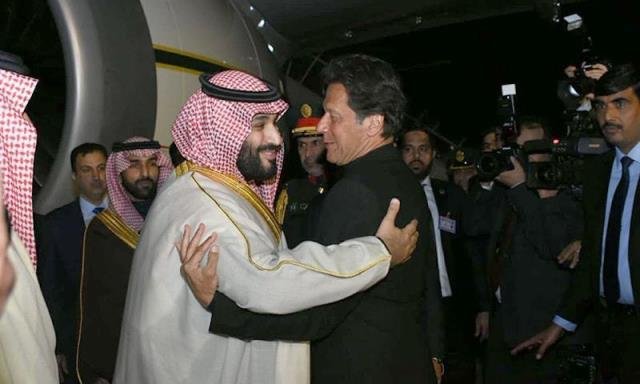 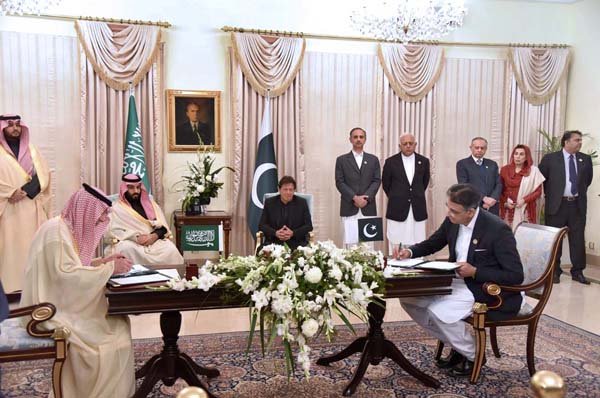 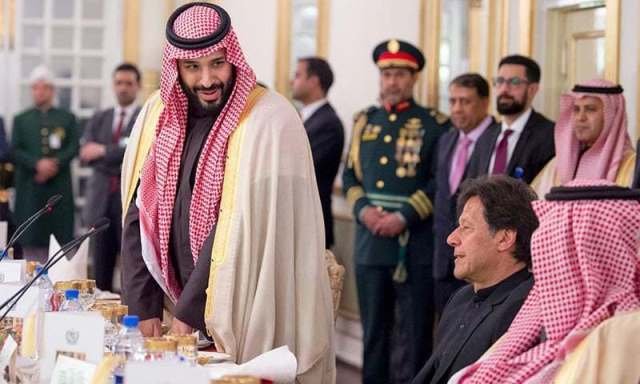 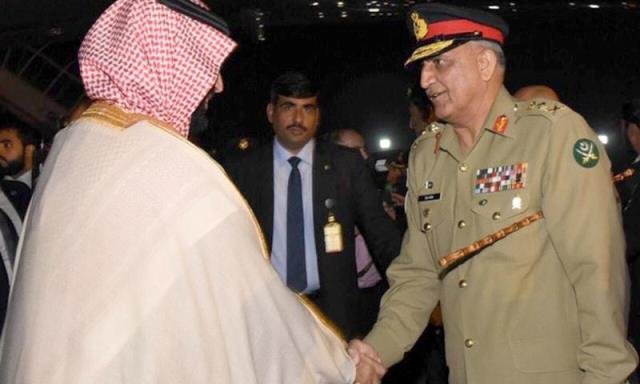 Saudi Crown Prince Mohammed bin Salman Sunday said with the signing of $20 billion memorandums of understanding (MoUs) between Pakistan and Saudi Arabia in the first phase, the bilateral cooperation between the two brotherly countries would further grow in the coming months and years.

Pakistan and Saudi Arabia on Sunday signed seven memorandums of understanding (MoUs) and agreements in diverse fields, including energy, power, petrochemical, mineral resources and sports, to further enhance their cooperation.

Upon arrival in the evening in Prime Minister House, Islamabad, Saudi Crown Prince Mohammed bin Salman was presented a guard of honor by a smartly turned-out contingent drawn from three services of Pakistan’s armed forces at an official welcome ceremony.

Saudi Crown Prince Mohammad bin Salman on Sunday expressed optimism about the economic future of Pakistan, saying his country was waiting for a leadership like that of Prime Minister Imran Khan to partner with Islamabad in various areas.

Reported by English Daily DAWN, addressing a reception dinner at Prime Minister House hours after arriving in Pakistan, the crown prince — known as MBS for short — said Pakistan was a “dear country” to all Saudis and that the two countries “have walked together in tough and good times”.

He said Pakistan today was facing a great future “with a great leadership”, and noted that the country’s GDP grew by 5 per cent in 2018. “We believe that Pakistan is going to be a very, very important country in the coming future and we want to be sure we are part of that,” the crown prince said.

Turning towards Prime Minister Khan, he said his country was “waiting for that kind of a leadership” to partner with and “build a lot of things together”.

He noted that Saudi Arabia and Pakistan today signed Memorandums of Understanding (MoUs) for investment cooperation. “We believe the amount of that kind of investment is US $20 billion,” MBS said. “It’s big, for phase one.” He expressed the hope that the investment will grow in bigger numbers and be beneficial for both the countries.

The Saudi royal said his country would collaborate with Pakistan economically, politically and in terms of security. “We believe in our region, that is why we are investing in it,” he added. “This is my first trip [to the] east since I became the crown prince and the first country [that I have visited] is Pakistan,” the Saudi royal concluded.

Prime Minister Imran Khan in his speech welcomed the Saudi crown prince and his delegation to the country, saying the Kingdom has always been a “friend in need” to Pakistan.

“For Pakistanis, this is a great day,” the premier said, adding that Saudi Arabia had always been there when Pakistan needed friends.

“I want to thank you for the way you helped us when we were in [a] bad situation,” Khan told MBS, adding that Pakistan and Saudi Arabia were now taking their relationship to a new level, where investment agreements would be mutually beneficial for the countries.

The investment would revolve around minerals, tourism, petrochemicals, agriculture, food processing and other areas, he said.