Belgian Exports To Qatar Increased By 56 % In 2015, Belgian Envoy 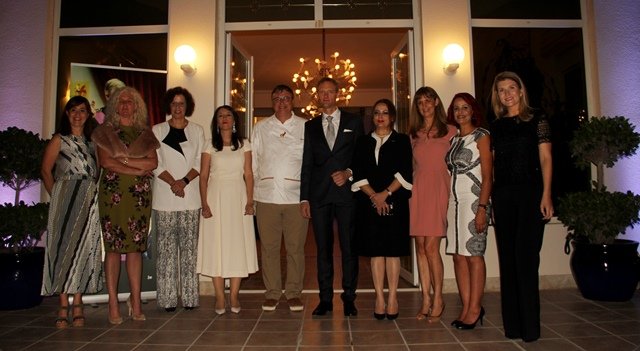 Doha
16 Nov 2016
‘ In 2015, our trade volume reached almost EUR 1.5 billion with an increase of the Belgian exports by 56 % (for a total of EUR 320 million), despite the current economic situation, the figures for 2016 remain strong’, Belgian envoy to Qatar Christophe Payot was addressing on the occasion of celebrations of Belgian King’s Day.

King Philippe had succeeded his father on 21st July 2013.

‘This year, we celebrate the 10th Anniversary of the opening of the embassy of Belgium in Doha’, ambassador Christophe said that 2006 was indeed a milestone in our bilateral relations that were established immediately after the independence of Qatar, so 45 years ago. Our presence here has allowed us to bring our 2 countries and people closer to each other.’ Belgian ambassador said. ‘Since 2006, we have expanded our ties to cover many other domains. At the political level, the developments in the Arab world have demonstrated the need for closer cooperation and exchanges. What is affecting our common neighborhood is affecting us, in the Gulf and in Europe’. Belgian ambassador said that ‘Terrorism and migration are 2 clear issues where more cooperation is required. ‘ I wish to thank here the Qatari authorities and all our friends in Doha for the support and solidarity we received after the tragic terrorist attacks in Brussels last March.’ Ambassador said that same kind of cooperation is needed for solving the Syrian and Libyan crisis, ensuring peaceful and good neighborly relations in this region, free of nuclear proliferation, but also for resolving the Palestinian issue.’

Ambassador Christophe Piyat lauded bilateral relatios in other areas including in areas of culture, sport and on personal level.

Belgian ambassador welcomed specially flown from Belgium to participate in Belgian Kings Day celebrations Chef Frank Fol ‘ a selection of dishes that should give you a flavor of what to expect in the coming 10 days (Referring Belgian Food Festival at the W Hotel Doha).’