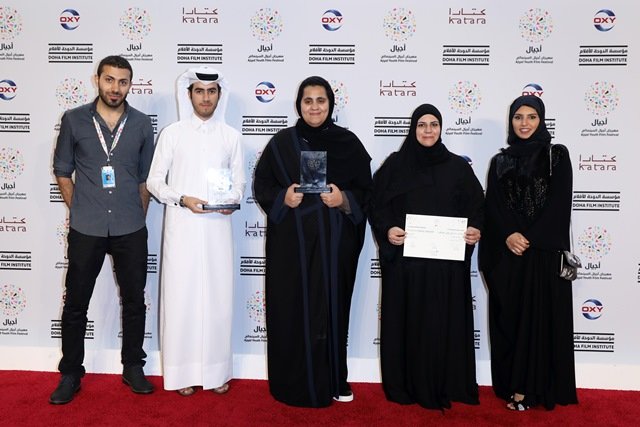 ‘Kashta’ produced by The Film House in Doha, is supported by a Doha Film Institute grant, while ‘Amer’ An Arabian Legend and Al-Johara are recipients of the Qatari Film Fund, an initiative launched in 2015 to supporting Qatari filmmakers. More Than Two Days was supported by the Film Training and Development Department of the Institute.

While AJ Al Thani takes home the award for her debut narrative, Jassim Al Rumaihi is reprising the honour, having won the Best Documentary Prize last year at the Made in Qatar Awards for The Palm Tree.

Fatma Al Remaihi, Festival Director and Chief Executive Officer of the Doha Film Institute, said that the winners were chosen from a tough competition that had 17 ‘Made in Qatar’ films.

She said: “Made in Qatar is a central showcase of our festival, and has evolved as a definitive platform for discovering local talent. With every passing year, we witness a remarkable enhancement in the quality and aesthetics of the films made locally.

“In addition to the support that Doha Film Institute extends to our filmmakers, we are delighted to see local production houses stepping in to support our talents, thus helping creating a strong filmmaking ecosystem. I congratulate the winners for their commitment, passion and dedication to creating films that present our stories to the world.”

Set in the Arabian desert, Kashta is the tale of two brothers, whose unnecessary squabble brings about a sudden disaster. A ‘coming of age’ story that is heartwarming with its subtle message of forgiveness and family bonding, the film underlines the vision of AJ Al Thani to create a film that is uncompromising in its production values. The film has also been selected in competition at the Dubai International Film Festival.

Amer: An Arabian Legend is the story of a purebred Arabian, who raced like the wind, and continues to be an enigma among horse-lovers in the region. Al Rumaihi carves a captivating documentary through deep research and by talking with a number people, whose lives were touched by Amer. He says the documentary is as much about Amer as about the people.

Al-Johara borrows familiar elements from a beloved fairy tale and remodels and refashions it in a contemporary fashion, earning the jury’s appreciation for being ‘very engaging, dynamic and funny, and taking Cinderella to a whole new level.’ Detailing how difficult it can be to speak about emotional and physical trauma, More Than Two Days was appreciated for the rawness of the film by the jury and for its eloquence of story-telling.

Made in Qatar curates an annual slate of films conceptualised and produced by the new generation of filmmaking talent. Several of these films are screened at markets of international film festivals including Clermont-Ferrand, Cannes Short Film Corner, Berlinale, Dubai International Film Festival, Giffoni Film Festival and Sarajevo Film Festival among others.