Opinion: Imran Khan Has Plunged Pakistan Into A Constitutional Crisis 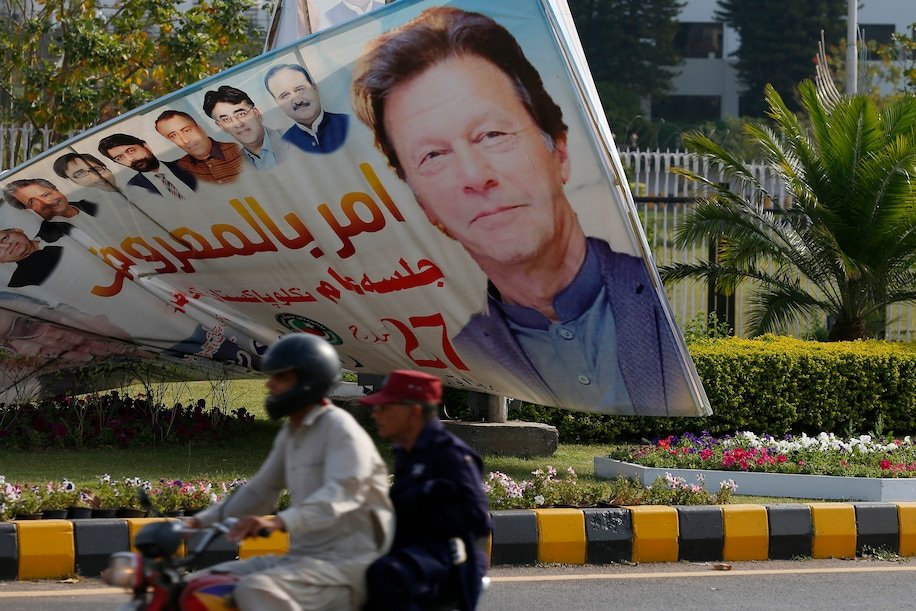 Imran Khan, the 19th prime minister of Pakistan, has just plunged the country into an unprecedented constitutional crisis over the weekend, facing a parliamentary no-confidence vote that was set to remove him from office, Khan decided to sweep the pieces off the board by dissolving the National Assembly itself. His 18 predecessors failed to complete their five-year terms, most of them removed by the army or the courts. In contrast, this new crisis is entirely of Khan’s own making.

Yet I believe that, despite Khan’s attempts to subvert constitutional procedures, the country’s democratic institutions will prevail. The Supreme Court is deliberating over a solution to the impasse Khan has created, and the judges have a great opportunity to show that rule of law and the supremacy of the constitution offer the best solution to our problems. The army has shown that it’s prepared to stand aside and let the politicians resolve their problems through Parliament and the courts. A positive outcome would be a huge boost for the development of democracy in Pakistan.

The path that has brought us to this point is filled with twists and turns, but the essential point is clear enough: Opposition leaders such as Asif Ali Zardari and Nawaz Sharif concluded that Khan was becoming a threat to the whole political system. They had watched with growing dismay as Khan — sometimes described as the “Pakistani Trump” — maneuvered to keep himself in power despite his mismanagement of the economy, his appetite for political confrontation, and his efforts to shift foreign policy away from the United States and toward authoritarian powers. (His ill-timed embrace of Vladimir Putin  just as Russia was invading Ukraine is a case in point — though probably motivated less by deep ideological conviction than by an ill-formed desire to provoke old allies in the West.) They came to believe that Khan was pursuing a grand  plan to move from parliamentary government to a presidential system — a serious blow to what remains of the country’s democratic institutions.

For many in Islamabad and around the country, that would have been a step too far. The majority of Pakistanis might be ready to accept China as a friend but they don’t want a Chinese style system of one-party rule.

Zardari and Sharif finally decided to remove Khan through a constitutional process, taking advantage of the many former Khan allies alienated by his actions. When a no-confidence motion was announced by the joint opposition, Khan resorted to Donald Trump’s style of demagoguery. He publicly threatened Zardari, declaring him his “first target,” and went on to accuse his opponents of taking part in a foreign conspiracy. Strikingly, many of his own party’s members of parliament and political alliess refused to believe him. Instead, they revolted, accusing Khan of corruption.

All this is characteristic of Khan’s approach to power. He has systematically exploited religion  and anti-Western sentiments  to distract from his failures to control corruption and poverty.

He surrendered to violent groups but imprisoned liberal parliamentarians. His ministers shockingly declared their willingness to become suicide bombers to kill opposition leaders. He won the support of the pro-Iranian Lebanese militant group Hezbollah but created problems for his economic managers by threatening the European Union.

Perhaps most fatefully of all, Khan has also attacked the neutrality of the army — an exceedingly dangerous maneuver in a country where the military still enjoys enormous authority. His big mistake was to draw certain senior officers into his own political intrigues — in particular, Lt. Gen. Faiz Hameed, a loyalist he named as head of the powerful Inter-Services Intelligence (ISI) in 2019. Hameed reciprocated by helping Khan survive an attempted no-confidence measure in the Senate (the upper house of the Pakistani Parliament) later that year.

But Hameed eventually overplayed his hand. His all-too-overt involvement in politics gradually alienated the public, and the rest of the military leadership soon distanced itself from the prime minister and his government. Even so, senior opposition leaders started telling me in January that they were worried that Khan might appoint Hameed as the new army chief in April 2022 — a huge power grab for the prime minister. They feared that the next election would be rigged by Khan’s loyalists. That factor, combined with the growing discontent among the opposition and some of Khan’s former allies, has contributed to the sequence of events that led up to the current crisis.

Even if Khan does fall from power this time, it’s too early to write him off completely. Just like with his American counterpart Trump, his political career is far from over. He will continue to use religion and anti-Western resentment to spread disinformation.

Shehbaz Sharif, the younger brother of ex-premier Nawaz Sharif, is likely to become the next prime minister. Shehbaz Sharif, who enjoys wide support among the opposition parties, told me that his main task will be to implement reforms ensuring truly free and fair elections. He wants to form a broad-based unity government with parties from across the political spectrum.

If the opposition parties can remain united, there is real hope they can defeat Khan in the next election and fix many of the problems created by his terrible governance. But if they start fighting each other, Khan can be relied on to make the most of the opportunity.