No Hajj for Qataris This Year Amid Saudi Row 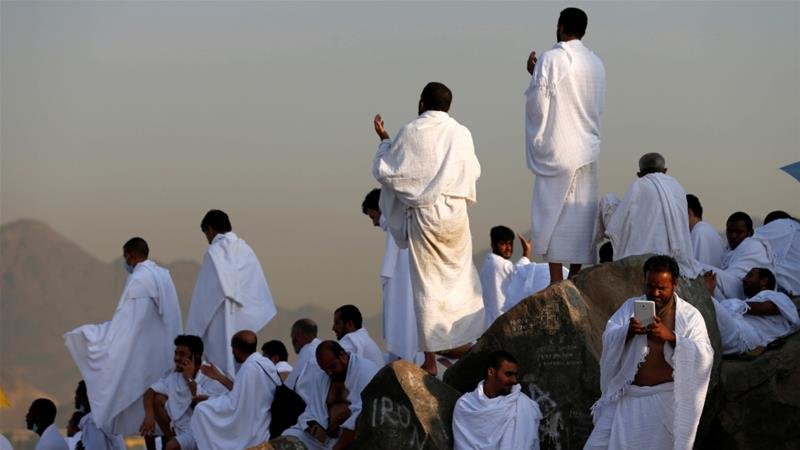 For Muslim pilgrims in Qatar who hoped to perform one of the pillars of Islam, the annual Hajj that began this week is out of reach.

This is because Saudi Arabia – which overseas and manages Islam’s two holiest sites in Mecca and Medina – has made it impossible for them to go.

Hajj is a pilgrimage to Mecca that Muslims worldwide are expected to make at least once in their lifetime, if they are able to.

The Qatari Ministry of Awqaf and Islamic Affairs, which regulates and organises the annual Hajj for Qatari citizens and residents, announced it hasn’t received responses from its Saudi counterpart on travel logistics or security guarantees.

In June, Saudi Arabia and three other Arab nations barred Qatari nationals from their countries and  set up a blockade to prevent goods from entering the Gulf emirate.

The official Qatar News Agency reported on Tuesday that Qatar’s religious authorities “did not find any cooperation or positive response from the Ministry of Hajj, which has led to confusion and suspension of the regulatory process for Qatar’s pilgrims”.

The lack of communication and cooperation from the Saudi side ultimately means there will be no Hajj for Qatar’s citizens and residents in 2017.

“There should be no mixing between political disputes and Muslims’ natural and human right to perform their religious duties,” he said. “Politics and human rights must be separated.”

Abdelmajid Mrari, head of Middle East and North Africa division at the Brussels-based Alliance for Freedom and Dignity, criticised Saudi authorities for mishandling the situation.

“Mecca is not owned by any government. Mecca is for all Muslims,” Mrari told Al Jazeera over the phone from France.

“The Saudi behavior is a clear violation of Islamic values and norms, as well as all international human rights agreements and conventions.”

Like other Muslim countries, Qatar has agreements with Saudi Arabia regarding Hajj that specify the number of pilgrims, travel arrangements, place of residence once in Saudi Arabia, and legal protections.

But since Saudi Arabia – along with Egypt, UAE and Bahrain – severed all ties with Qatar and laid the blockade against it on June 5, Qatari religious authorities have been unable get any answers from the Saudi government in order to organise this year’s pilgrimage and guarantee the safety of Qatari pilgrims.

Last week, King Salman bin Abdulaziz Al Saud of Saudi Arabia ordered his government to send Saudi-owned airplanes to bring Qatari pilgrims as his own guests and at his own expense.

Observers and international human rights organisations described that move as a political stunt designed to deflect criticism of Saudi Arabia for its behavior towards Qatar.

Saudi’s moves against Doha stand in stark contrast to the Hajj handling with Riyadh’s arch nemesis, Iran. While Iran and Saudi Arabia have no diplomatic ties and are engaged regional diplomatic disputes and military entanglements, Saudi Arabia allowed Iran to organise its Hajj campaign.

It even opened Iranian coordination centres to oversee and manage its citizens inside Saudi Arabia.