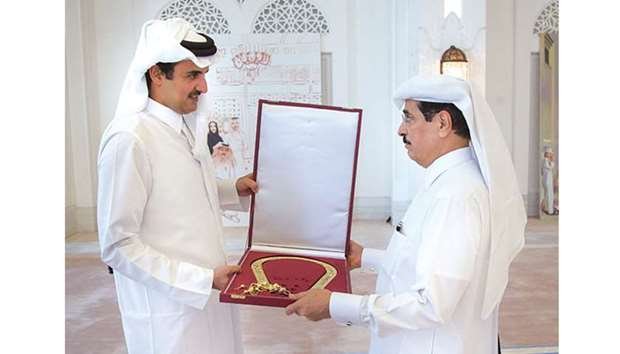 It is in recognition of Dr AlKuwari services in the field of culture at home and on international level.

Dr Hamad bin Abdulaziz AlKuwari had recently contested for the position of High Commissioner of UNESCO and reached to final after winning first four stages.  He lost by only two votes against UNESCO host country’s  France candidate and betray of some of the regional states negative attitude.

Dr. AlKuwari paid his gratitude and thanks to Emir of Qatar on his full support