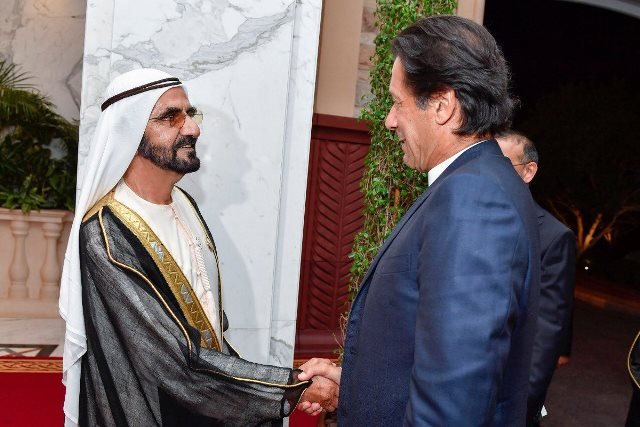 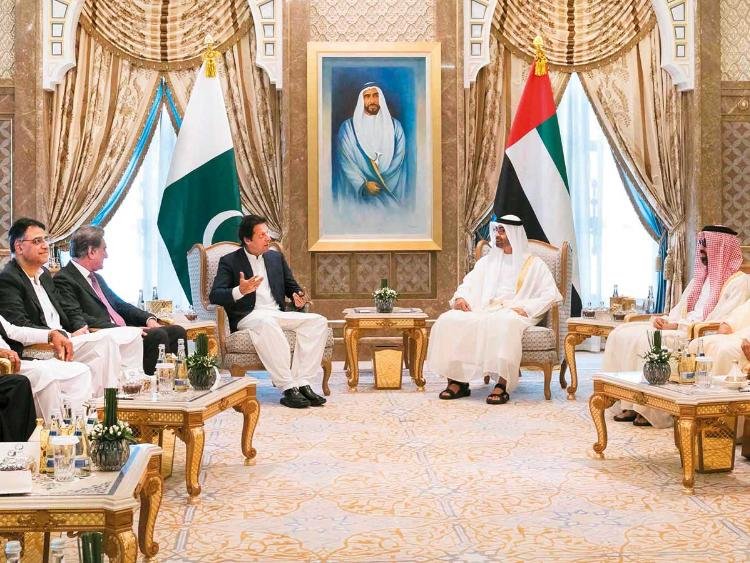 During a meeting held at the Presidential Palace, Sheikh Mohamed expressed his hopes that the visit will contribute towards strengthening ties between the countries.

The Abu Dhabi Crown Prince said that the UAE-Pakistan ties are based on a strong history of cooperation and respect, expressing his hope that relations between the two countries will continue to prosper across all fields.

Sheikh Mohamed added that the UAE, under the leadership of the President, Sheikh Khalifa bin Zayed Al Nahyan, is strengthening relations with Pakistan and advancing cooperation in various fields so as to attain sustainable development, peace and security, and promote the values of coexistence and tolerance across regional and global levels.

For his part, the Pakistan PM emphasised his country’s drive to develop and strengthen relations further with the UAE across multiple sectors.

The meeting also saw the two sides reiterate their support and cooperation efforts to confront the scourge of terrorism and extremism that threatens the security and stability of nations and peoples.

Imran Khan visited Wahat Al Karama, Abu Dhabi’s national and cultural landmark designed to commemorate the sacrifices and heroic deeds made by UAE martyrs to defend their homeland and protect its achievements.

Sheikh Khalifa bin Tahnoun Al Nahyan, executive Director of the Martyrs’ Families’ Affairs Office, at the Abu Dhabi Crown Prince’s Court, received him on his arrival at the site. He attended the Guard of Honour ceremony, then laid a wreath at the Martyrs’ Monument.

The tour concluded with a word written by Khan in the visitor’s log, where he expressed his utmost respect and appreciation of the brave martyrs of the UAE.

The meeting, which took place at Za’abeel Palace, addressed ways of intensifying cooperation between the two friendly countries to the higher good of their peoples, with the two leaders exchanging views on a number of issues of common interest.

To welcome the Pakistani PM to Dubai, Sheikh Mohammed took to Twitter to greet Khan in Urdu. In the tweet, Sheikh Mohammed showcased the UAE and Pakistan’s brotherly ties and their long history of trade.

The Pakistani prime minister expressed his new government’s desire to open up new channels of cooperation at the social and tourist levels in furtherance of the long-standing partnership between the two sides.

Khan’s meeting with Sheikh Mohammed is part of his second trip to the UAE which began early on Sunday. In the morning, Khan was received by His Highness Sheikh Mohamed bin Zayed Al Nahyan, Crown Prince of Abu Dhabi and Deputy Supreme Commander of the UAE Armed Forces, at the Presidential Palace in Abu Dhabi.