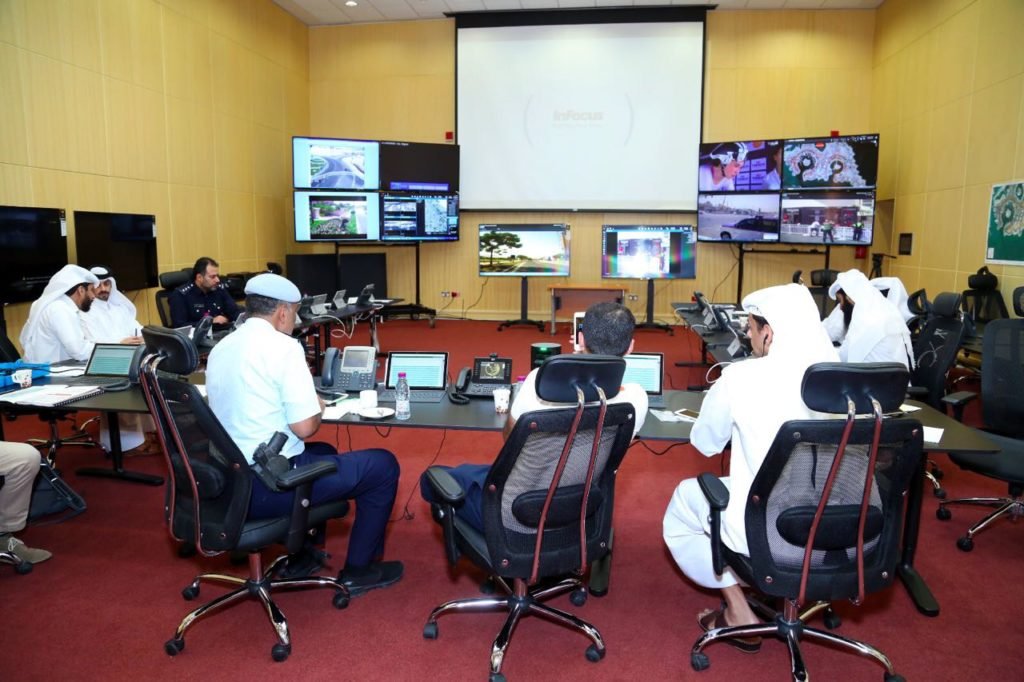 Public Relations Department of Qatar Ministry of Interior has stated in it’s press release that the State of Qatar hosts the Road World Championships from 9-16 October 2016 with around 1000 racers from 75 countries and more than 5700 participants from national federations, delegations, technicians and journalists in addition to around 30,000 fans and millions of spectators from all over the world.

The championship witnesses great success in all aspects including security whereas the championship operations room is working round the clock to ensure security of participants and fans as well.

Captain Engineer Faisal Ali al Hinzad, from Communications department said that the championship operations room is working in full swing by linking it to the security patrols through 4G LTE network of the Ministry of Interior. The network provides very high-speed impenetrable data transfer (voice, image and video) safely and confidentially as well as it is well-equipped to provide unlimited services that fit the needs and requirements of the security authorities including the tracking of security patrols, service calls, live broadcasting for patrols along with media exchange between patrols and systems.

First Lieutenant Engineer Amir Abdul Hadi Al Soufan al Ahbabi stated that the Communications Department has prepared a number of bikes and other vehicles of Lekhwiya and Traffic department with 4G LTE network of the Ministry of Interior to utilize for security monitoring of the championship and follow up the cycling routes. Besides that a number of mobile stations have been setup to avoid any interruption in the network.

Ft. Lt. Engineer Rashid Fahad Al Ali, from Security Systems Department at the Ministry of Interior said that the department is working round the clock to ensure security of all by monitoring the event through its latest surveillance cameras and control rooms. He added that as part of the “Talaa” project the department has supplied and installed surveillance cameras with the latest technology specifications and connected to National Command Centre, in collaboration with Central Operations Department and Traffic, to monitor major streets and observe crimes and violations.

Ft. Lt. Engineer Abdullah Mubarak Al Faihani, from Technical Affairs Department of NCC said that the department had taken part in preparing a mini operations room for the cycling championship with all systems to keep connected with National Command Centre.

Lieutenant Fahad Ahmad Al Mulla and Lieutenant Engineer Muhammad Eissa Al Shuraim from Lekhwiya stressed that the Communications and Operations Department of Lekhwiya is prepared to support the Operations Rooms and meet the needs of Lakhwiya forces including communication devices, cameras and other security systems that are required to provide services at its best. In order to secure big events and championships external operations rooms are arranged to provide necessary guidelines in collaboration with relevant authorities involved in the event as there are alternative plans such as mobile operations rooms to respond to emergency events.